Shareholders' agreements: What they are, and why you need one 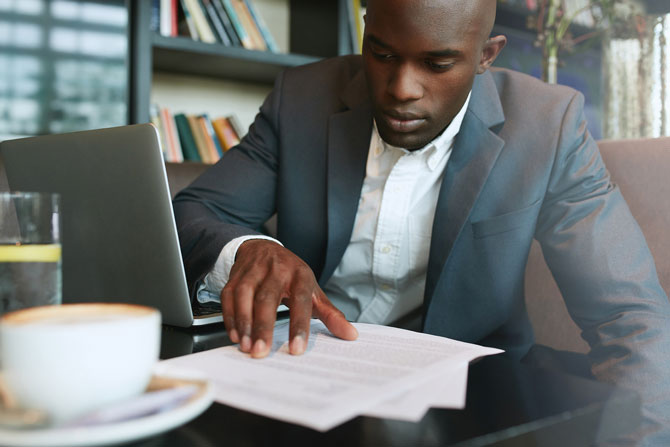 Imagine the UK without the Magna Carta, or the USA without the Constitution. The very foundation of our legal systems would be missing, and our society would be reduced to Mad Max-style feudal chaos. If you’re running your limited company without a shareholders’ agreement, you could end up in exactly the same situation.

When you form your limited company you’ll get certain documents, such as your Articles of Association – the rules company officers have to follow in the running of their company – and a Memorandum of Association – which gives notice of an individual’s intention to become a company shareholder. These are required by law, and are usually supplied by the individuals forming the company or the formation agent taking care of the incorporation on their behalf.

Shareholders’ Agreements aren’t required by law and so, to save time and money, are often omitted. If you’re the director of a business with more than one shareholder, or you plan to grow your business beyond just one person, you really ought to have one. Why? Let us explain.

You can restrict how shares are sold

Imagine you set up a small design agency with two co-founders. You take one-third ownership each, and after a few years you’ve established yourself as a venerable boutique outfit, and you’re stealing business from the big players.

You’re perfectly happy with the way the business is going, but your co-founders aren’t. One wants to move abroad, and the other has been offered a lucrative position at a trendy social networking startup. Sensing an opportunity, one of your bigger competitors swoops in to take control.

Without a shareholders’ agreement, your co-founders would be perfectly within their rights to sell their shares to your larger competitor and leave, lumping you with minority ownership of a company that you no longer want to be a part of.

With a sensibly-put-together shareholders’ agreement, you can avoid shares ending up in the hands of people you don’t want involved in your company.

You can stop your shareholding being diluted

Many owners of fast-growing businesses find their shareholdings diluted as they take on investment (in exchange for a chunk of equity) and distribute shares to staff. With an appropriately crafted shareholders’ agreement, you can make sure your personal stake in the company isn’t touched.

By defining ownership classes (usually denoted as Class A, Class B etc.) you can effectively ring-fence your personal equity, and distribute the remainder of the company as you see fit.

You can also give different rights to different share classes, meaning you keep control of your company even if your ownership is reduced to a minority.

You can decide how disputes should be settled

Often businesses are formed as quasi-partnerships between two friends or colleagues who decide to strike out on their own. In this case, each company director would have a 50% share in the company.

In the case of differing opinions on the direction the company should take, neither partner has the power to overrule the other, meaning a deadlock, and no way to move the situation forward.

With a shareholders’ agreement, rules can be established that lay out how such situations should be dealt with. This can include bringing in an outside mediator, a multiple-choice resolution where both parties must agree on a “third option”, or even dramatically-named options like “Russian Roulette” or “Texas Shoot-out” which involve one party being forced to sell their shareholding to the other.

A good way to think of a shareholders’ agreement is as a document that formalises the business relationship between two or more people who have a joint interest in a company. It lays the ground rules for the relationship, and acts as a sort-of Terms & Conditions for company directors.

Clauses that might be included in a Shareholders’ Agreement include:

These dictate how and when shareholders can cash out their equity.

This clause would mean shareholders looking to sell their equity would be legally obliged to offer their shares to current shareholders before third parties.

“Drag along” / “Tag along” provisions

Conversely, if minority shareholders do not wish to sell, “drag along” provisions can be drafted that force them to do so.

These are also sometimes called “Coattail and Forced provisions”.

This clause will detail what changes will require unanimous agreement from shareholders (rather than majority rule). This can include things like the issuing of more shares, or the appointment of more directors.

Isn’t this the same as the Articles of Association?

Lots of the rules around sale of shares and company governance can be contained in either a shareholders’ agreement or your Article of Association – both are perfectly legitimate legal documents.

The main different between the two is that your company Articles of Association must be made public when you file them with Companies House – your shareholders’ agreement is a private contract between all company shareholders.

Do you need a shareholders’ agreement as a freelancer / contractor?

If you operate a one-person limited company a shareholders’ agreement isn’t needed unless you have plans to expand beyond one shareholder. As the company only has one shareholder you would just be making a legal agreement with yourself – a rather needless exercise in bureaucracy, unless you’re planning to go behind your own back!

Where to get a shareholders’ agreement