Who am I? Freelancer, contractor, consultant or small business 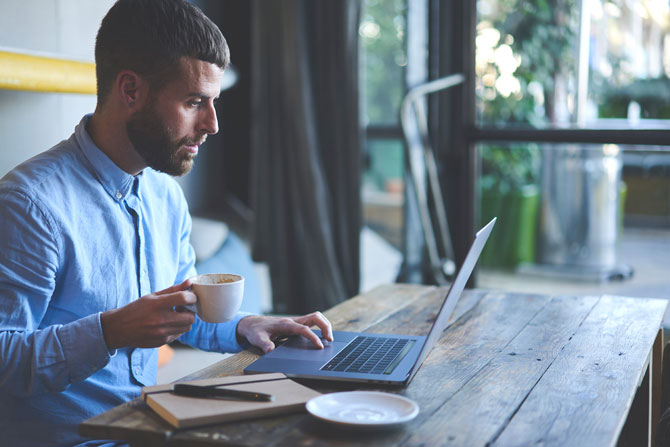 We make numerous references in our Crunch Knowledge articles to freelancers, contractors, consultants, and small businesses – after all, that’s who we’re here for! The way you describe yourself can affect the type of work you get, how much you get paid, and how much you get charged for things like insurance.

But what are the defining characters of each? Well, simply put:

What follows is a no-nonsense guide to who’s who and why. Beware: stereotypes abound.

Are you a freelancer?

A freelancer is a flexible worker who may or may not work via a contract. Often they don’t. They may work from the comfort of their own humble abode, or for the more profitable freelancer, from their luxury apartment in some fashionable leafy London suburb. Some don’t even get out of bed to work, they just slouch there with a laptop resting on their lap.

Categorising a freelancer is done by various methods. Sometimes the working environment can have an influence, other times it’s the contract (or lack of), or even the industry. For example, a writer who isn’t employed in the traditional PAYE sense will usually be referred to as a freelancer and not a contractor.

Freelancers also tend to have multiple different contracts and clients, often at the same time.

Are you a contractor?

Contractors are often stereotyped as geeky, bespectacled types who work on location in offices in IT orientated positions. They all know HTML, and they’re always looking over their shoulder in case HMRC should peer through the window to check if they’re getting too close to actually being a member of staff and falling foul of some obscure IR35 technicality.

The main difference between freelancers and contractors is that the latter usually work on longer contracts, whilst freelancers tend not to do that. As previously mentioned, status is partly defined by the industry as well.  Contractors don’t tend to work from home.

References to freelancers and contractors are often used interchangeably. Some people refer to the freelancing community, and when they do this, they are usually encompassing freelancers AND contractors. This also happens vice-versa.

To summarise: freelancers tend to work in the media world and contractors tend to be in the IT field. Confusingly, when a contractor becomes a consultant, they are sometimes referred to as ‘freelance consultants.’

Are you a consultant?

There’s often confusion about whether to call yourself a consultant or a contractor, but does it really matter? Well yes, is the simple answer as it can affect what type of work you’ll get, how you’ll get paid, how much you can charge and even how much you have to pay for things like business insurance, car and home insurance, and life cover. We cover this in our article ‘Consultant or contractor (and why does it matter)?‘.

While the terms aren’t mutually exclusive, the role of a consultant is, in general, to evaluate their clients’ needs and provide them with expert advice on what work needs to be done. Whereas a contractor’s role is often to carry out the work itself.

Essentially, consultants are paid for their knowledge, contractors for their work.

This is something of a broad-brush contrast, but it does provide an illustration of how consulting can be distinguished from contracting.

Are you a small business?

Freelancers and contractors both operate their own businesses, and so they can be categorised as small businesses. Some may even class themselves a Small to Medium Enterprise (Or SME) though this is usually not applied to single person companies.

In terms of defining a small business, sections 382 and 465 of the Companies Act 2006 defines a small company as one which has a turnover of not more than £6.5 million (with a balance sheet total of not more than £3.26 million) and no more than 50 employees.

Unfortunately, this definition isn’t universal, even within the confines of the UK.

Are you a micro-business?

The term micro-business is often used informally and can be placed under the same umbrella as a small business. However, when the term is used it usually refers to companies making less than £2 million per year and employing less than 10 people.

In summary: a freelancer or contractor can also be defined as both a micro-business and a small business. Annoyingly, this definition can vary depending on who you’re talking to; for example, energy companies and banks may have their own interpretations for what constitutes a small business.

Why does it matter?

So, overall, does it really matter what you’re referred to as? Well, as we’ve demonstrated, often the titles can be interchangeable; the choice is really down to the industry you work in and how you want to promote yourself to your clients.

It’s worth remembering that the choice may affect how much you charge as a day rate, though. Sometimes your title may have even have an impact on how much you’re charged for things like car insurance.

Whatever you decide to call yourself, if you need any guidance or support, we can help. From free business guides and useful articles and videos, through to great contractor accountancy support and even self-employed mortgages. Crunch is passionate about helping people be their own boss. Find out more about what we do.