Cracking the recruiter's code: what they say, and what they actually mean 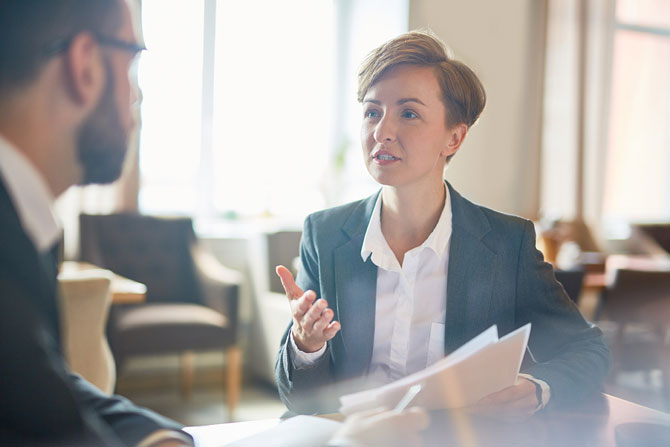 When you’re on the hunt for that next big contract, recruitment consultants can be your greatest allies. But, like politicians, they aren’t exactly renowned for their transparency.

Recruitment agencies can be a Godsend, but they’re not every contractor’s cup of tea. At some point in time, most rookie and pro contractors alike have been exposed to many a sleight of hand played by recruitment consultants. But being forewarned is forearmed.

A picture-perfect role pops up on an online job board, which hits all the right notes – job description, person specification, remuneration package, you name it. The problem is, all isn’t as it seems. The job is bogus – it’s just bait, and you’re the fish.

Some recruitment agencies are unscrupulous. They advertise non-existent jobs just to generate leads. Essentially, their aim is to bag contractor’s CVs so they can boost their candidate database. So, all the hours spent crafting your CV and cover letter for that hot new job will have been in vain because, when you submit your application, you’ll be told that the role has been filled. It happens.

Unfortunately, there’s no foolproof way of being able to tell the difference between a real job ad and a fake one, although we like to think that most job posts are as real as they come. Summon the optimist within and power through to the next application.

“We want to avoid duplicate applications”

You’re having what you think is a casual chat with your consultant when they ask you which firms your CV has already been dispatched to. They say they’re asking this “to avoid making a duplicate application, which could cost you an interview.”

If you disclose the names of the firms you’ve applied to, your consultant will now know which companies are on the lookout for contractors. They can then send some candidates of their own to go head-to-head against you in the battle for the job.

The moral of the story is there’s no such thing as a casual chat with a recruitment consultant. Your consultant may well be as nice as pie, but they’re still your agent, not your friend. So, stay switched-on at all times.

“What’s the lowest you could go?”

If your consultant asks you to tell them the lowest rate you would accept for a job, beware!

Although it’s likely that they’ll follow-up by saying they’ll “obviously try to get as much as possible for you from the client,” there’s also the distinct possibility that they could simply pocket any excess cash as commission and laugh all the way to the bank.

For you, this could mean your minimum day rate becomes the maximum you receive for a role. After all, how often has your consultant come back to you saying they’ve managed to secure a higher rate than you were asking for?

When working out your bottom line, set a rate high enough that will see you (not your consultant) have the last laugh.

“Can you just send a few references over?”

You just got a call from your recruitment consultant and it’s left you grinning like a Cheshire cat. Why? Because you’ve been told that they have a ton of jobs going and you’re a perfect fit for them all. But there’s a catch – you must provide your references first.

To the uninitiated contractor, this may seem like fair game and a standard request but, in reality, recruitment agencies shouldn’t ask for professional references until you’ve been offered the contract. Chances are, the jobs your consultant told you about aren’t quite legit after all. Your consultant may simply be after the names of employers that take on contractors – and reference information for your old bosses fits the bill.

Once your consultant has bagged these details, they can now feel at liberty to call your previous firms and ask if they’re in the market for contractors.

Insisting on holding off on handing over your references until the job is yours isn’t really a viable option. It’ll just get your consultant’s back up. On this occasion, you may just have to grin and bear it. Remember that Cheshire cat.

Most contractors will be familiar with this one. Your consultant gets you that coveted job interview, but you’re unable to seal the deal and nail the contract. They say they’ll look for other opportunities for you.

Whilst your consultant may well honour their promise, equally they may just relegate you to a lower division. They want Premier League players on their side who can close deals every time. In short, recruiters want candidates that ace interviews, not flunk them.

If you don’t hear from your consultant about other jobs, keep on at them. You won’t necessarily be their first pick, but you could still make the squad. Persistence pays off.

Some consultants have gotten into a bad habit of guaranteeing new contractors that their contracts fall outside IR35. But having a solid written agreement in place is only one piece of the IR35 jigsaw puzzle – the rest involves your actual working practices.

Ultimately, you’re responsible for working out whether your contract falls within IR35, so make sure you know all the nuts and bolts of your written contract together with your working practices. Knowledge is power and a lack of it can not only hit your pay packet but invite unwanted attention from HMRC.