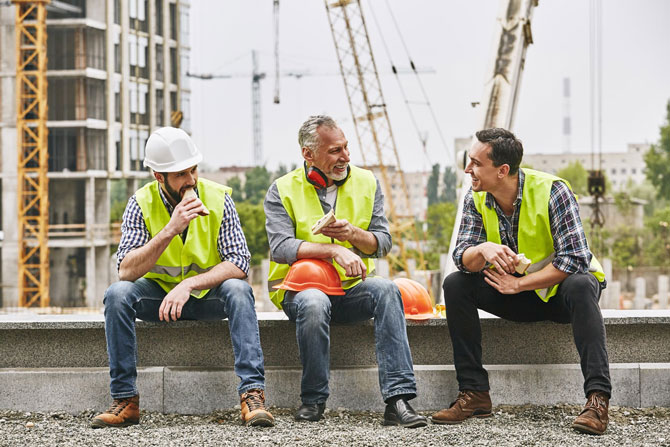 An important case about compensatory rest and rest breaks took place recently. The case of Hughes v Corps of Commissionaires Management Ltd concerned a security guard who worked 12-hour shifts on his own (other security guards employed there worked other shifts).

‍The guards were required to monitor and supervise access to the site, and they could take rest breaks in a kitchen area whenever they chose but had to remain on call during these periods. He could leave a message on a reception desk with a contact phone number, saying he was on a break, which meant his breaks were sometimes interrupted. When this happened, he was allowed to start the break again. None of the guards knew before they started or restarted a break whether it would be uninterrupted or not.

Mr Hughes claimed he wasn't getting the rest breaks he was entitled to under the Working Time Regulations, which entitles workers to an uninterrupted rest break of 20 minutes when working more than a six-hour day. There's an exemption in the WTR, however, for workers engaged in security or surveillance activities (and other 'special cases') that require a permanent presence, but the worker must then be permitted to take "an equivalent period of compensatory rest".

His claim was rejected by two Employment Tribunals and then went to the Court of Appeal who found the employer hadn't breached its obligations under the WTR, as the employee was allowed to restart his break when interrupted – this counted as compensatory rest.

The Court of Appeal, commented that the natural meaning of "an equivalent period of compensatory rest" suggested that there should be a break of the same length and nature as a rest break, but that in this case, such an interpretation could frustrate the health and safety objective of the Regulations.

The Court of Appeal confirmed the factors that can be taken into account when considering a failure to provide the usual rest break, include the logistical and administrative problems faced by the employer if additional staff have to be employed to provide cover, and cost.

The Court of Appeal also confirmed that employers, when deciding if a worker is a ‘special case’ worker (so exempt from rest break provisions) should assess the activities carried out by the worker rather than assess the employer’s business activities.

‍If you are an Employer and need ongoing professional help with any staff/freelance issues then talk to us at The HR Kiosk - a Human Resources Consultancy for small businesses – our fees are low to reflect the pressures on small businesses and you can hire us for as much time as you need.