I’ve been overpaid! What should I do? 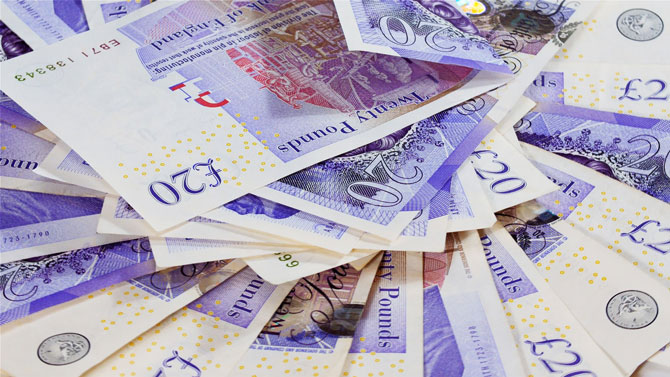 If you've been accidentally overpaid at work by your employer, it may seem like a lucky bonus, but don't assume you can keep the money!  Here we look at overpayments for employees and freelancers/sole traders.

‍But, what if you’ve been underpaid? See our articles here about the National Minimum Wage and also about pay cuts/unauthorised deductions from your pay.

Where an employer has made an accidental overpayment of wages/salary or expenses (including holiday pay) to an employee, the employer can legally recover this overpayment from an employee by deducting the overpaid amount from future wages or salary (or any money due to the employee if they leave). The situations where an employer can make deductions from your wages are limited but this is one situation that’s allowed by legislation (see our full article about authorised and unauthorised deductions from wages).

If an employer makes an overpayment in one pay period (monthly or weekly paid), it should be relatively straightforward for them to deduct this from the employee’s salary in the following pay period.

However, it can become complicated if the employer has made overpayments over a long period of time (perhaps due to a payroll error) or where the overpayment was made some months ago and has only recently come to light - here the employer needs to tread carefully in recovering the money.

Although employers can make deductions for the overpayment without an employee’s agreement, if a large amount is owed they should be careful to make their approach flexible and reasonable so the employee is able to afford the repayments

Where a large overpayment is discovered, it's advisable for the employer to discuss this with the employee and try to agree on a programme of repayment over a period of time (there's no set time period).

If an employee can’t come to an arrangement with their employer about the repayment programme, employees should use the internal grievance procedure to try and resolve the matter. Ultimately, employees can choose to sue their employer in a Civil Court if they felt the employer was being unfair and unreasonable in recovering the repayment. The employee’s defence would be that they were led to believe that they had an entitlement to the money, it wasn’t their fault, and that, in good faith, they had “changed [their] position” and become reliant on the money (which usually means they’ve spent the overpayment!).

However, if a repayment arrangement cannot be agreed, the employer can take the employee to a Civil Court to recover the money. Clearly, at this point the employment relationship between the employee and employer will have almost certainly broken down.

In some cases, it might be practical for the employer to consider writing off part of the overpayment rather than become involved in legal proceedings to recover the full amount.

What if the employee no longer works for the employer who has overpaid them?

Some contracts state that, if an employee still owes their employer money when they leave their employment that couldn’t be recovered from final wages, the amount owed becomes a civil debt. If there’s no contractual wording that says an alleged overpayment is a civil debt, the employer may have considerable difficulty in enforcing payment if the ex-employee refuses to cooperate. In either situation, it is probably important that the ex-employee obtains advice from an organisation providing support in legal or employment matters.

Although overpayments for freelancers/sole traders may be unlikely (you’re more likely to have to deal with late payments), if you’re overpaid by a client, common sense says you should let the client know about the overpayment and make arrangements to repay this, to ensure you keep a good relationship with the client to secure future work.

It’s always advisable that your work with the client is covered by a form of contract that should specify when and how much you’ll get paid, which can be referred to by both parties.

Overpayments for freelancers can be made more complicated due to tax/VAT/accountancy requirements or implications, and it’s something you may want to take advice from your own accountant about.

With agreement from your client, one possible way to deal with overpayments is to deal with this on a future invoice to the client. You could allocate the overpayment as a credit, on your next invoice, showing the previous invoice number (so a deduction from your total amount owed on the next invoice).

However, if it’s likely to be the last invoice to that client, you can send them a credit note referring to the invoice number. We suggest you speak to your client and your own accountant if this happens to you, to find the best possible way of sorting this out.

‍If you are an employer and need ongoing professional help with any staff/freelance issues then talk to us at The HR Kiosk - a Human Resources Consultancy for small businesses – you can retain us for as much time as you need.

Please note that the advice given on this website and by our Advisors is guidance only and cannot be taken as an authoritative interpretation of the law. It can also not be seen as specific advice for individual cases. Please also note that there are differences in legislation in Northern Ireland.