Freelancing for free? Sod that, say these freelancers 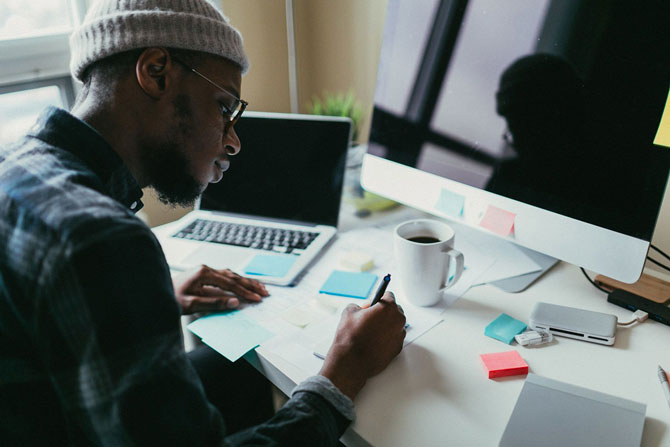 Being asked to work for free is annoying, but we’ve all done it. Most freelancers will have regretted it at some stage.

Yet the allure of the E-word – ‘exposure’, has seduced many a talented artist, musician or designer into giving away their services for zero financial compensation.

There are a lot of alternatives to working for free to get eyes on what you’re selling. Check out our ultimate list of ways to generate leads for your small business, for example.

If you’re making art for art’s sake, a little exposure can go a long way. But if you’re trying to make a living, and valuing your own service, you’re going to have to stand up for yourself every now and then.

Owing to the rise of social media, an alternative but increasingly effective way of gaining legitimate exposure is to publicly name and shame large companies who seek to take advantage of freelancers. No matter whether you’re struggling or flourishing, as a freelancer you’re always going to get asked to do things for free. Here are a few who have had enough, and have fruitfully decided to take their grievances to the web.

“Get your brand recognised”

A Sainsbury’s branch in Camden managed to raise the ire of the freelancing community by putting out an ad asking for “a creative and ambitious artist to voluntarily refurbish our canteen”.

The lucky winner would get “experience in the creative industry while making our community a comfortable area for employees to escape to… giving you the one opportunity to build your career and develop your reputation through the allocated store in Camden.”

Freelancers’ frustrations at being patronised were easy to find following a Twitter backlash, but this sarcastic response, reportedly via Graeme Snow-Matter (probably not his real name) – won national headlines, turning the tables on the advertiser.

“Artists are looking for a well-stocked supermarket to voluntarily restock our kitchens. Gain particular experience in the food industry whilst satisfying our need to feed ourselves and live comfortably. Why not put your skills into action?”

Sainsbury’s responded by admitting the Camden branch had made an error of judgement and that it was not company policy to hire volunteers.

The mammoth American TV network Showtime picked the wrong designer to try to rip off. On the publicity trail for an upcoming blockbuster boxing match, they decided to approach freelance designer Dan Cassaro to graciously offer him some work for zero money.

To be fair to Showtime, the prize of being flown to Vegas might well have tempted some freelancers, but this one was steadfast in his business ethics.

“People valuing themselves and their work enough to say no to this kind of thing has more long-term value than any one job or one client” Cassaro explained to Adweek, and true to his word, he told Showtime where they could stick their wonderful offer.

“If the deal goes ahead there’ll be money in it for you.”

You may remember David Thorne as the internet maestro who brought us the hilarious exchange in which he tried to pay off an outstanding bill using a drawing of a spider. But one of his slightly lesser-known documented disagreements was over a late payment that had dragged out longer than desired.

An email to Thorne read:

“I am working on a really exciting project at the moment and need a logo designed. Basically something representing peer to peer networking. I have to have something to show prospective clients this week so would you be able to pull something together in the next few days? I will also need a couple of pie charts done for a 1-page website. If the deal goes ahead there will be some good money in it for you.”

In short, this was the response. At least he gave him a pie chart like he asked.

“No budget for music.”

Musician Whitey didn’t react so well when asked to provide music for UK TV production company Betty, who work closely with Channel 4. As per usual, the request was made with the caveat that there was simply ‘no budget for music’.

“Your company set out the budget. So you have chosen to allocate no money for music. I get begging letters like this every week – from a booming, affluent global media industry. Why is this? “ he wrote in an email he later made public.

“It took me half a lifetime to learn the skills, years to claw my way up the structure, to the point where a stranger like you will write to me. This music is my hard-earned property. I’ve licensed music to some of the biggest shows, brands, games and TV production companies on earth; from Breaking Bad to The Sopranos, from Coca-Cola to Visa, HBO to Rockstar Games. Ask yourself – would you approach a creative or a director with a resume like that, and in one flippant sentence ask them to work for nothing? Of course not.

Because your industry has a precedent of paying these people, of valuing their work.”

A spokesperson for the company explained: “We use a collective licensing system that ensures both the recording artist and composer are paid. We apologise for any confusion and we have contacted the artist to clarify this. We would never use music without permission and going through the proper procedures.”

Perhaps the often-made assertion that asking a freelancer to work for free is akin to swiping food from someone’s plate is a little overdramatic, but it may not seem that way for those relying on paycheques to put food on the table. The more that freelancers take a public stand against the cultural nonchalance towards unpaid labour, the more of a faux pas it will inevitably become.

Do you have your own stories? Tell us in the comments below.

We’ve been helping freelancers, contractors, and small businesses manage their finances for well over a decade. We know that, when you’re starting a business, your time and money is precious.

Need some easy-to-use bookkeeping software? Crunch Free is here for you. Our simple platform allows you to automate reminders and easily see what you’re owed and what you’ve paid out.

Check it out for free now – ditch the spreadsheets and get back to doing what you do best!