The three numbers that can help make you a millionaire 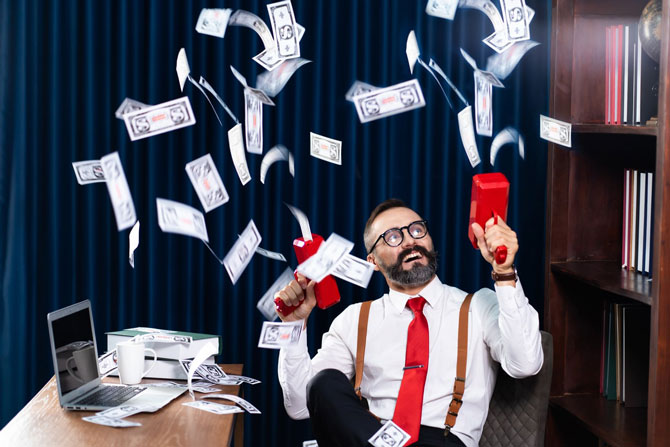 Everyone wants to be a millionaire, but we all know that there’s no such thing as a get rich quick scheme. That doesn’t mean becoming a millionaire isn’t within your grasp, though.

There are three simple numbers that you need to keep track of in order to become a millionaire. It takes a little time, patience, and frugality, of course, but if you’re looking to build up a nest-egg to guarantee a retirement you can enjoy to the fullest, these are the three numbers you need to manage.

Over the course of this article, we’ll be using a few fictional characters to help illustrate our points. Ready? Then let’s get started.

Alright, now it's time to get started!

The first number: The age you start saving

The media like to report on the so-called “Pensions Crisis”, detailing how impossible it is to save enough for retirement because we live too long and earn too little. But that’s not strictly true.

Let’s take Kate as an example: she’s a bright school leaver who gets a job aged 18. She gets a job that pays £16,000 and lives with her parents for a couple of years before sharing a cheap house with roommates.

With no student debt to pay off, Kate is able to start saving after six months. Over the next seven years, she learns how to work hard, deal with people, and use basic arithmetic. She doesn’t spend all her salary on knick knacks, choosing instead to save, setting up a Direct Debit to stash £167 per month for a total of £15,000 over that period.

Kate focuses on what she can control and directs her monthly savings into a low cost equity index tracker. She understands that shares are the asset class that have delivered the highest returns over long periods and can’t see why that won’t continue.

Kate saves £2,000 per year until age 25 when she stops making contributions into her pension. She doesn’t do anything else with her pension for the next 40 years.

She starts investing at a favourable point in history where people, for the most part, focus on innovating and creating wealth rather than fighting wars. As a result, Kate gets roughly the same annual return (~10%) as the S&P 500 has done over the last 100 years or so.

Kate never really earns big money, but understands that spending doesn’t equal happiness: she just focuses on living a good life and improving the things she can.

At age 65, Kate’s £15,000 of contributions have grown to just over £1million. Thanks to inflation, that million pounds isn’t worth as much as it used to be, but, based on a 4% withdrawal rate, this is probably enough to provide Kate with £40,000 per year (inflation adjusted) for the rest of her life.

That’ll do nicely for Kate, who just wants enough to buy the occasional bottle of champagne from Lidl and buy presents for her grandchildren without worrying if she can afford it. So she retires.

Being a cautious sort, she spends less than £40,000 per year and lives for another 15 years until the age of 80, by which time her portfolio has continued to grow to £1.25 million, which she leaves to her children and her favourite charity.

The second number: The investing costs you pay

Meet our next case study: Keith. He’s an intelligent and successful guy who gets up early, goes to bed late, and works hard for his success. Keith has done really well in his career to date. He progressed quickly up the ladder and is one of the youngest senior managers at his firm.

Keith earns a high salary, but he doesn’t feel rich, partly because he’s surrounded by other high earners who flaunt their cash on lavish extravagences, and because his spending inflated as his salary grew.

You might imagine that if you earned a salary like Keith’s, you’d be able to achieve financial independence in just a few short years.

Unfortunately, Keith is too busy to get rich: he’s outsourced everything to an army of cleaners, gardeners, tradespeople, and nannies. His portfolio is being “looked after” by a financial adviser (in much the same way that Dracula would look after your blood bank).

Let's say Keith has a portfolio of around £750,000, but what he doesn’t realise is that he’s paying £18,000 a year (2.4% per year) in fees. The fees are automatically deducted (silently and invisibly) from his portfolio and, strangely enough, this £18,000 total doesn’t appear anywhere on the reams of paperwork he gets sent by his financial adviser.

Those fees grow and compound over time, which means that Keith is going to end up losing about £3million over his lifetime. This is a direct result of the fees taken from his portfolio and shared between his financial adviser and other intermediaries.

When you bring this up with him, though? He simply shrugs and says: “I’m busy and I’m not an expert on investing: what else can I do?”

Well, if Keith were to fill in a simple form, he could move his money to a low-cost broker and invest it in a simple portfolio of index trackers where he’d pay fees of just 0.15% per year and make an extra £16,875 in the first year alone. And he would avoid losing almost £3m over 40 years.

The third number: Your savings rate

Keith has a friend at the firm he works at: they both have the same title and grade. But Keith knows that he was paid more than his friend.

Imagine Keith’s confusion, then, when his friend started to talk about being able to afford to retire in their early 40s - or even sooner. How on earth can someone who was paid far less than him afford to stop working?

This article was written in partnership with Barney Whiter of The Escape Artist.