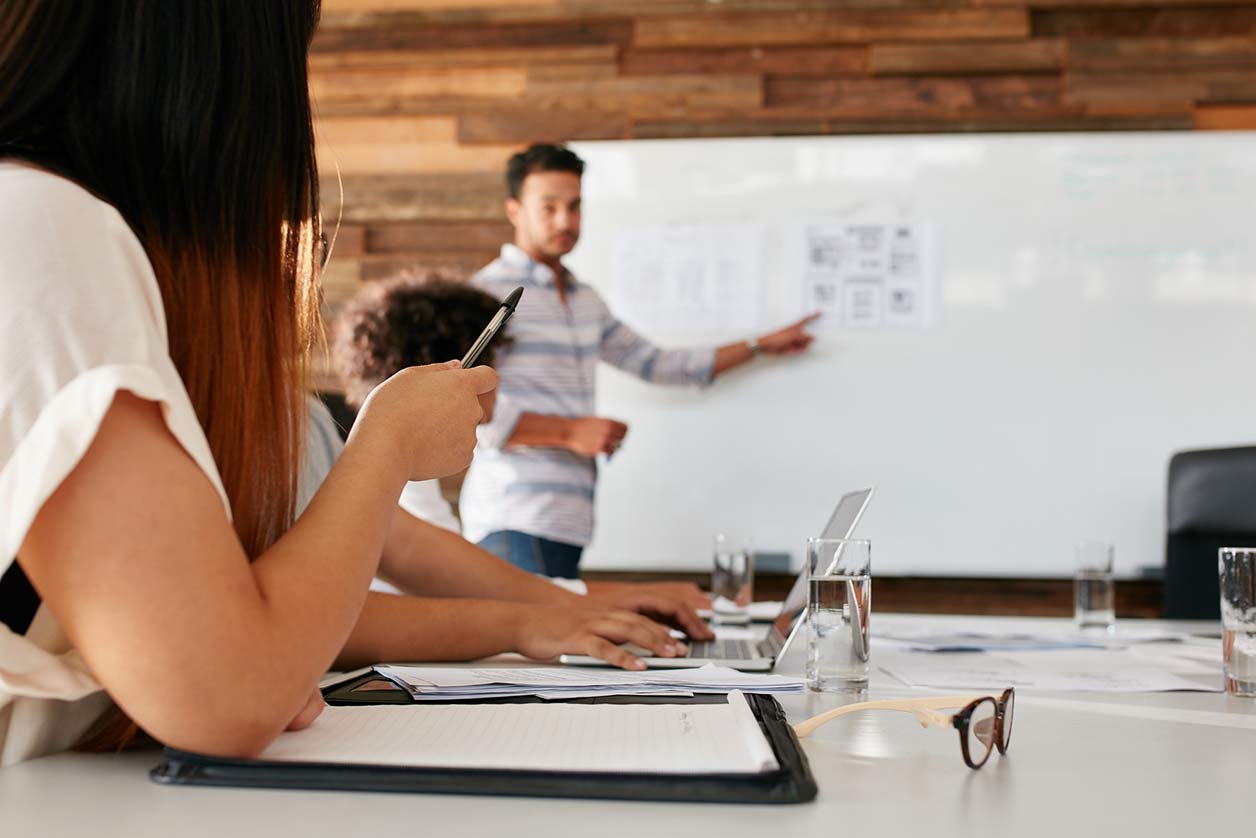 SWOT is a very common process used for planning. It’s a way to list the Strengths, Weaknesses, Opportunities and Threats related to a new project or idea you’re taking on. It’s supposed to lay everything out for you so that you can achieve your goals.

It also splits these four categories into internal and external issues. Strengths and weaknesses are internal, while opportunities and threats are external. You can apply what is called matching and converting, too.

It’s all fairly straightforward and it’s a simple way to visualise different aspects of the task ahead.

Before we get going, don’t forget that if you’re looking for productivity methods, plans and tricks, you can check out our “Ultimate productivity tips for the self-employed” article for more information.

Where did SWOT come from?

SWOT has been around for quite some time now with its origins in the 60s. However, as a form of analysis, it has been criticised on a number of levels.

It’s been suggested the wording is misleading. ‘Threats’ for example sounds overly dangerous, while ‘weaknesses’ is said to suggest inadequacy. It is thought more effective terms may be available that better describe the issues at hand – such as replacing ‘threats’ with ‘obstacles’ or something similar.

The inside/outside categorisation has also been criticised for being too limiting, while it’s also suggested that SWOT doesn’t encourage a continuing use of analysis. All too often it’s used at the start of a project and then quickly discarded as things move on.

It’ll come as no surprise then that people have come up with alternatives.

You can see fairly quickly that the language has changed somewhat from SWOT. There is a lot less negativity, with challenges the only section that really suggests any issues. This might raise some eyebrows for being too idealistic, but if you dig a little deeper you can see that it still manages to cover all the bases.

Challenges is quite a vague term as it includes pretty much all the tasks you’ll encounter, but importantly it is not particularly defeatist. SCORE still makes clear there will be problems, but it concentrates more on how these eventualities can be solved rather than framing them simply as negatives and nothing more.

For example, a challenge may be dealing with a competing product backed by a much faster and wealthier company than yours. SWOT would list why you are weaker than them and the threat they pose to you. That doesn’t do a whole lot of good nor does it really link smoothly to the other half of the grid.

With SCORE, once your challenge is listed you’re straight into your options and responses, finishing off with how effective they might be. This is a much more proactive method and encourages you to start planning around future obstacles rather than leaving a festering, menacing looking list like SWOT produces.

The intention of SCORE is to create a very clear and concise roadmap to success and it does this very well.

For a somewhat more New Age approach, you have something called SOAR:

You’ll notice it’s gone even further than SCORE and removed any negative criteria completely. This seems, at best, unwise. How do you plan for problems when you don’t include them in your analysis? It’s possible you could fit some within ‘opportunities’, but it seems forced and, ultimately, confused. It is overly idealistic, but that doesn’t mean it isn’t completely without merit.

The idea is that SOAR is meant to encourage collaboration above all else. It attempts to do this with the 5 I’s:

Unfortunately, this is where SOAR starts to veer off into hippy buzzwords that lack any real direction or worth. ‘Imagine’ for example is a strange one. Surely this isn’t something you need to be told to do and would be a part of a new idea or plan anyway. The point of this kind of analysis is to help you make sense of what you have already imagined previously. This kind of language is helpful to some though and, for those with the right mindset, they may find this list a good way to find motivation and energy when it comes to their planning.

SOAR is also meant to make use of ‘appreciative inquiry’ or AI. This is, in it’s most simple form, a heavy reliance on positive action and the abilities of those involved in planning. According to Wikipedia it:

It’s all very flowery, but it has its advantages. There are certainly many firms out there for whom this kind of process would yield some great results. It’s definitely more of a creative ilk, but I would say it leans a little too much to the area of brainstorming to be of use to everyone. SOAR has a lot of potential in the creation of ideas by bringing people together, but it might not fit so well with the two-man plumbing business based in Ealing.

Created by Michael Cardus of Creative Learning, NOISE stands for:

For the most part, it’s a fairly straightforward alternative to SWOT, with some similarities to SCORE in that it attempts to remove some of the overt negativity. Problems would now go under the heading of ‘needs’, although that isn’t exactly tidy. While it is at first seemingly more positive, I get the impression ‘needs’ may breed more depression than you first expect.

Issues get changed into what you don’t have rather than what needs to be completed. For example, one of the future problems you envisage might be that is finding new clients. NOISE would change that to you needing new clients. It’s not a massive change really, but if I was to choose between phrasing issues as ‘challenges to overcome’ or as ‘needs to be met’, I know which would create more enthusiasm for the work ahead.

One of the more interesting aspects of NOISE is the ‘exceptions’ category. It’s defined on Carus’ site as :

“Of the N, O, & I listed, what is already happening, even just a little bit?”

Essentially the point is to foster a sense of cooperation between team members. This is done by moving focus away from any problems and looking at what is or already has worked and go from there. This is meant to highlight how the team has previously interacted positively in order to show that advances and achievements can be made. It is about taking stock of what you can already do rather than worrying about what you can’t do. The idea is that you’ll eradicate any negative issues by using positive past experiences and gains as a starting point.

It’s a good idea in terms of improving team cohesion, but I think that it may possibly cause future irritation. What you can do can only go so far and looking back may not help you move forward. By talking about how well something was done before, it may hinder your ability to discover new solutions that may work better. It seems to suggest that if a process worked before, there’s no need to try and create a new and better one.

So, all in all, each alternative offers a differing perspective from SWOT. They all have an intention to encourage more positivity, although obviously, some strive for this more than others. They’re interesting ideas and it may be worth considering tweaking or merging them to make them fit you and your team better. None of these are set in stone and you shouldn’t feel like creating your own versions isn’t an option.

In the end, it’s about getting the most out of your planning and there are plenty of options to take from the analyses above.