The customer isn't always right - here's how to respond in style 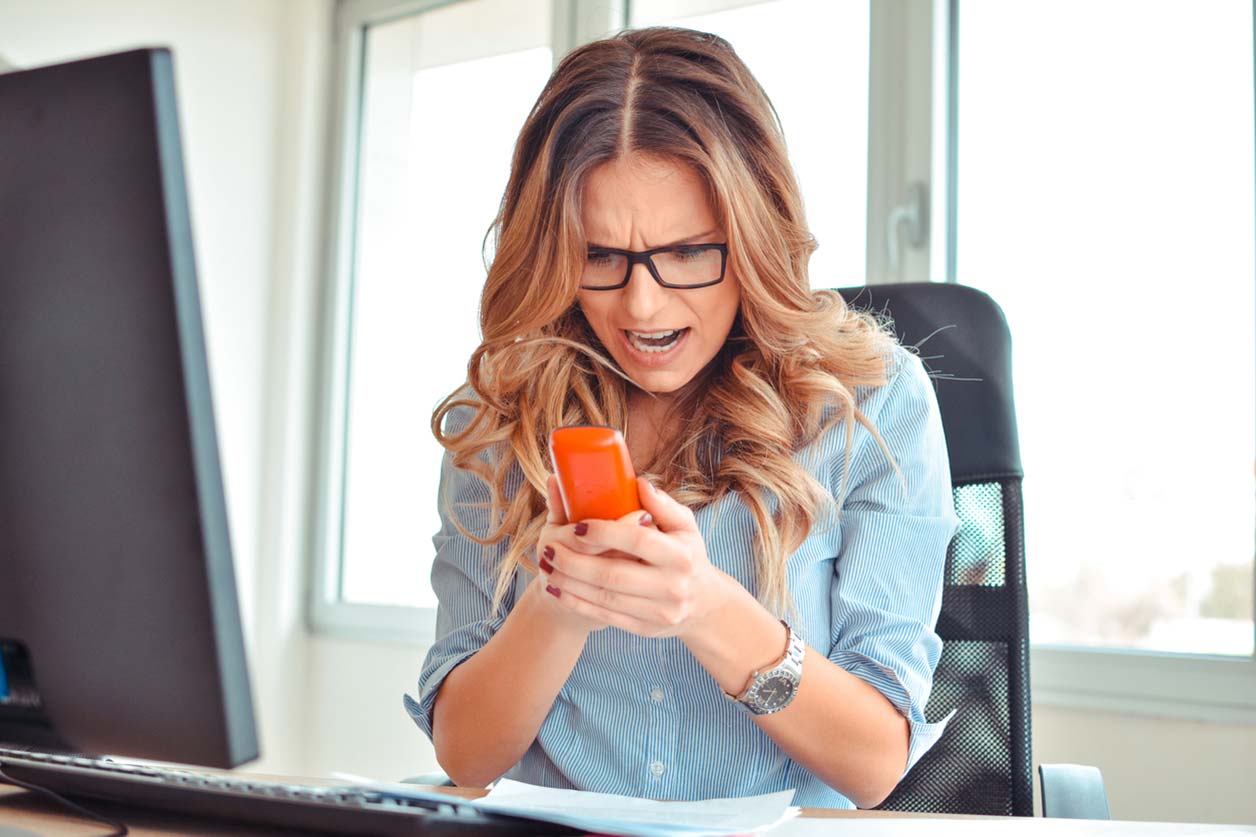 We’ve all felt that little flash of rage when faced with a particularly obnoxious client or customer at work. If only you weren’t having the conversation in a professional capacity - you’d be able to say what you really thought! But just because you’re representing the company, it doesn’t mean you can’t issue a fitting response to criticism.Obviously you have to be careful - flying off the handle has led to some of the more notorious social media meltdowns. But a well-crafted retort can actually serve as a great way to gain positive attention and to represent your company’s values - as these businesses discovered.

Before we get going...

KFC fries not worth their salt

In the age of Twitter, where people will give their hot takes on the most mundane of subjects, it’s a wasted opportunity if you’re not taking mass feedback onboard.KFC used this free market research tool to their advantage in November 2018, launching a startlingly self-aware ad campaign.Everyone knows KFC’s chips are the blandest, soggiest, and the least popular of the major fast food chains. Turns out, KFC are also fully aware of this being the public consensus, and utilised the online feedback to full effect by making it front and centre of their improvement pledge.

Following the FCK creative earlier this year, KFC are using critical tweets to launch their new fries. Nice way to show they’re listening, and that little twist makes it all the more newsworthy.

Jack Hinchliffe, innovation director at KFC UK & Ireland said:"We don't change things on a whim - the Colonel's Original Recipe chicken hasn't changed since he finalised it in 1940… This was different though. We heard the nation's outcry. We read the brutal tweets. We had to step up our fries game."

The New Year’s Eve just gone was not a good one for bar-goer Holly Jones, who was disgruntled after receiving what she saw as poor service from her host - Kilroy’s Bar & Grill. Ms Jones was particularly irritated that staff at the in Indianapolis bar were showing favouritism to another customer, who had had the bloody nerve to pass out and get taken away in an ambulance.

Kilroy’s manager Chris Burton responded to the complainant’s post, clarifying that the ‘dead person’ had actually not suffered a drug overdose but had had a heart attack. He offered some harsh - but let’s face it - warranted words for Ms Jones on social media.

In a follow up post, Kilroy’s said the woman who had had the heart attack had thankfully survived and asked customers to support her recovery.In an interview with FOX59, Burton said about his post, “I was really just posting something for my friends to read and have a laugh at or see some of the stuff that we have to deal with in this business and it took off.”“I like to stick up for my employees, my managers, so I was ready to do that after reading her comment,” he explained.The story received international mainstream news coverage - to the point that Holly Jones became so notorious that she was dismissed from her job at a salon (although her workplace would not confirm this was the reason, they did note that $500 had been given to the heart attack victim for medical bills, and a donations page had also been set up for her).

When life gives you lemons...

"This place is absolutely awful” wrote ‘Hannah C’ on review site Yelp, referring to Bennett’s Café & Bistro in York, who was utterly aghast at the £2 price tag on a cup of hot water and a slice of lemon.

Manager Mike Fisher’s response will resonate with anyone who charges a modest amount for their goods or services. "I’m sorry that you feel that you were “ripped off” and I’ll try to explain why you weren’t”, he said, before giving a very extensive summary of exactly what goes into running a café.

The post went viral after being shared by renowned food critic Jay Rayner, and despite being deleted from TripAdvisor, was hot news on all corners of the internet. A Facebook post thanking everyone for their support amassed a tidy 4,000+ likes and 80+ shares to date; not bad for a small business.

Wear complaints on your sleeve

It’s not terribly unusual for brands to take ownership of their criticism. Marwoods, a wonderful small coffee shop here in Brighton & Hove put their complaints up on wall for their customers to read whilst sipping their drinks.Joe Dough, a sandwich shop in New York, put up this petty but eye-catching sign promoting ‘the worst’ meatball sub after receiving some negative online feedback.

But if there were an award for the most creative example of this, it would probably go to San Diego restaurant Craft & Commerce, who broadcasts bad Yelp reviews in the bathroom for people to listen to whilst they use the facilities.

Facebook user Richard Neill firstly posted a humourous ‘complaint’ on the Bodyform page, which went viral in its own right.

Incredibly, many people failed to see the tongue-in-cheek nature of the post, but nonetheless, his comment received tens of thousands of likes, and the ball was very much in Bodyform’s court.

Not to be the butt of the joke, the company turned the laughs back around on Richard, with this outstanding video apology - perhaps the creme de la creme of online responses.

The phrase ‘the customer is always right’ is often bandied about, but if you’re your own boss, you have the luxury of deciding how closely this outdated mantra needs following. As these companies have shown, you don’t always have to shy away from controversy - standing up for yourself can be just as beneficial in business as it is in every other walk of life.