Cake or biscuit: VAT's the difference 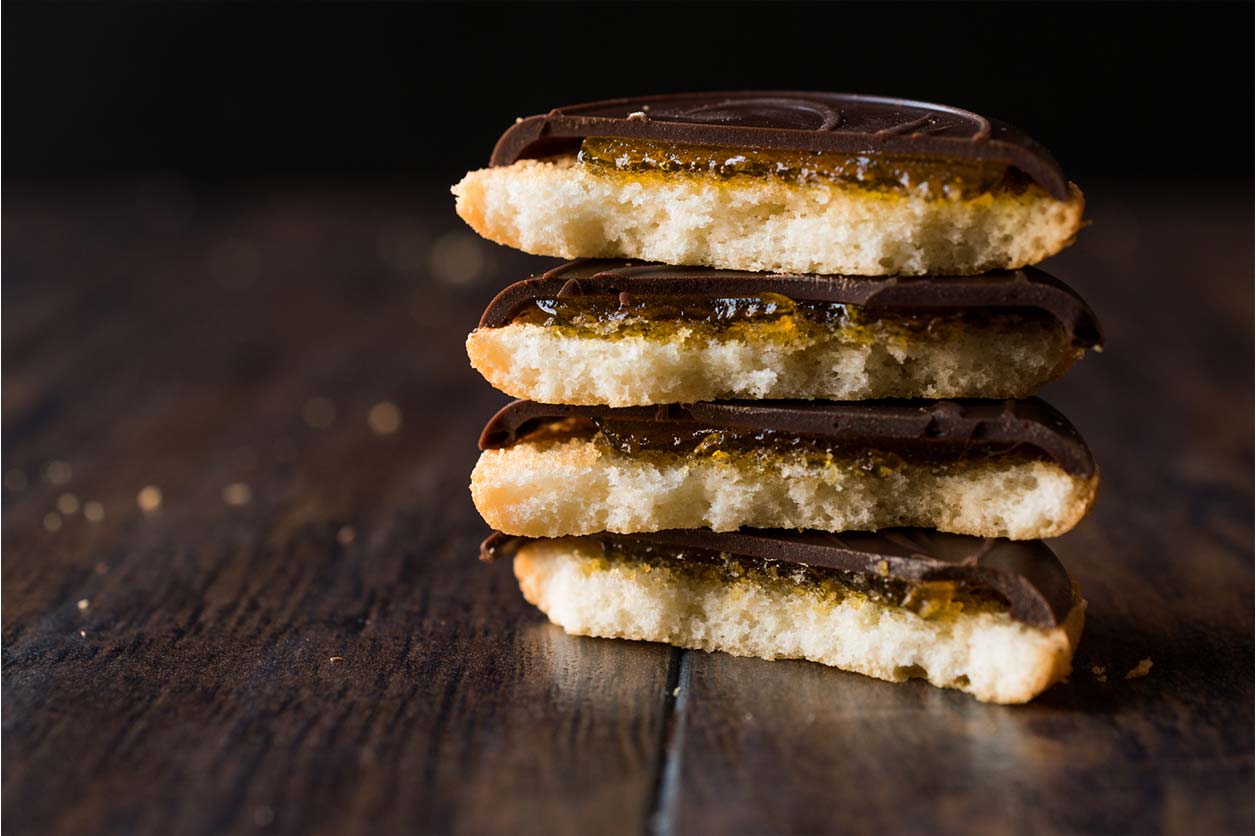 Tax is something that every employer and employee has to pay. Whether you’re freelancing, picking up contract work, or running your own business – tax is simply something that won’t go away. Some may even try to avoid or evade paying tax, often with not so great consequences.

Introduced in 1973 by the then-Chancellor Lord Barber, VAT has now been adapted by over 130 countries and brings over £70 billion annually into the UK economy alone. Put simply, VAT is a system of legislation whereby a business is taxed on components that are used to make a product and recouped when the consumer makes a purchase.

Across the European Union, VAT is set at differing rates. For example, Luxemburg has a rate of 15%, Hungary pays a table-leading 27%, whereas in good old Blighty we’re somewhere in the middle with a 20% standard VAT rate.

Throughout the ages some products or items have been deemed “essential” and automatically declared exempt from VAT, or have a lower rate – sometimes resulting in bizarre scenarios and pieces of legislation.

Is a Jaffa Cake a biscuit or a cake?

Not as pressing as the famous food-based quandary of ‘Daddy or chips?’ but ‘cake or biscuit’ has nevertheless had many of us questioning just that: is a Jaffa Cake a cake, or a biscuit? It took a case in court to come up with a full answer.

Under UK law, VAT on cakes and biscuits is set at 0%. However, crucially, the law states that if a biscuit is partly or wholly covered in chocolate then it is to be taxed at the standard rate. HMRC clearly defines the difference as follows:

“The significance of the borderline between cakes and biscuits is that a cake is zero-rated even if it is covered in chocolate, whereas a biscuit is standard-rated if wholly or partly covered in chocolate or some product similar in taste and appearance.”

In 1991 Her Majesty’s Customs and Excise – HMRC as we know it today – challenged manufacturer McVities on their orange filled goodies, believing them to be biscuits. McVities fought back. The case eventually went to tribunal and, according to rumour, McVities even baked a 12” Jaffa Cake in their quest to prove the fact that they are a cake and not a biscuit.

Her Maj eventually ruled in McVities’ favour, and consumers of Jaffa Cake’s rejoiced! The cake would now not be subjected to a 17.5% VAT (the VAT rate at the time in the UK) price hike.

That really takes the biscuit

Aside from the issue of VAT on cakes and biscuits, other food companies haven’t had as much luck. The law states that potato crisps are subject to standard rate VAT, whereas maize and corn-based snacks are 0%. Procter & Gamble, manufactures of Pringles, thought they would try their luck and see if a court would rule their crisp a maize-based product.

Sadly, they lost their appeal to become VAT-exempt as Pringles were identified as 50% potato.

Large retailer Marks and Spencer fared better when their thirteen year battle with the taxman lead to a reimbursement of over £3.5million in VAT. HMRC had wrongly declared teacakes as a biscuit instead of cake.

It’s not only foodstuffs that are subjected to weird VAT law. Once a month the curse arrives and women across the UK fall foul of EU tax legislation whilst purchasing tampons and sanitary products.

According to good old HMRC, such items are classed as “non-essential, luxury items” and are taxed at a rate of 5%. This is comparable to 0% items such as crocodile meat, bingo, the aforementioned Jaffa Cakes, and herbal tea.

A box of 20 regular tampons – enough to last one cycle – costs around £2, meaning that the 5% VAT paid amounts to about 10p per box. The average woman starts her period aged 12, and this lasts for 37 years until menopause at an average age of 50. Over a lifetime of menstruating, a woman can expect to pay £44.40 of VAT on tampons – meaning that the female population of the UK has given the treasury over £1.4 billion in tax.

Us millennials should count ourselves lucky though; back in 2000 sanitary products were taxed at 17.5%, meaning that previous generations paid a whopping £155.40 in ‘tampon tax’.

In October 2015 the issue on whether tampons etc should be taxed at 5% was taken to the House of Commons. The debate centered around – as Helen Lewes at The Guardian so eloquently put it:

“No woman chooses to have the mess and inconvenience of menstruating every month. No woman thinks to herself: “Oh, is it the 27th already? Think I’ll treat myself to a cheeky period!”

Sadly, despite a storming campaign, the VAT will remain unchanged. This is because of an EU law that prevents individual countries dropping the VAT rate to 0%.

Can we really argue with VAT? In some cases, it seems that HMRC is willing to reconsider the classification of certain products, and in others stick to the years-old regimented rules and regulations. It goes without saying that the UK VAT system is tricky business, only made slightly simpler for business owners with the introduction of the Flat Rate Scheme.

VAT looks like it will be around for many years to come. Even if / when the UK leaves the EU, it’s unlikely that the Government will modify or challenge the VAT rules and regulations. After all, with all its intricacies and weirdness, VAT brings in the third highest tax revenue in the country and looks to be a money-spinner that’s here to stay.

VAT’s all for now

We hope this has shed some light on the subject, but if you’re a freelancer, contractor or small business owner and are still stumped by taxes, take a look at the link below and find out how a specialist online accountant like Crunch can help you!