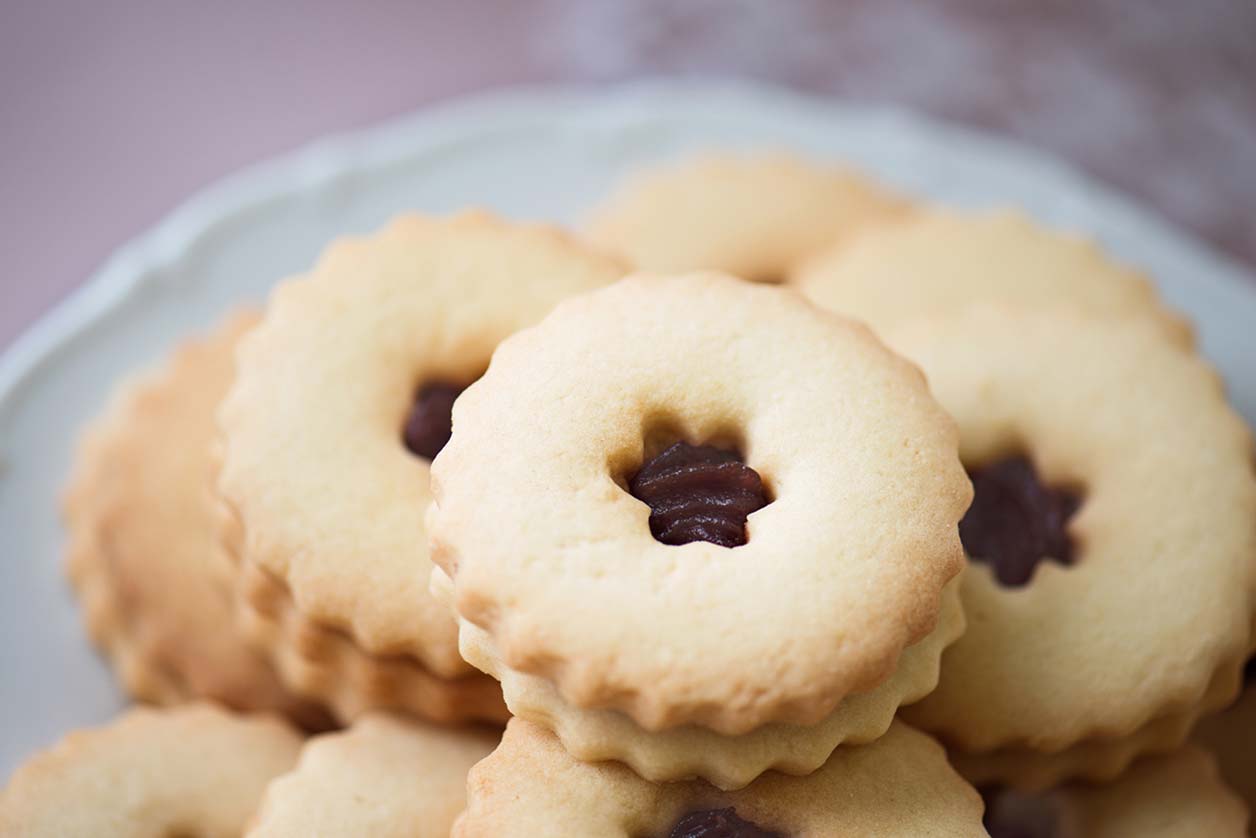 Juggling your accounts and your business is a tricky endeavour. It’s why so many people get it badly wrong, and why our service is all about simplifying the process.

‍Some self-employed workers leave everything to the last minute and make a complete hash of their bookkeeping. Others unforgivably think they can cheat the system and attempt to avoid paying the tax they owe.

All of them are destined for trouble, be it an all-nighter the day before the Self Assessment deadline (31st January, write it down!), or at worst, a few years behind bars at Her Majesty's pleasure.Welcome to the tax rogue Hall of Shame!

"I've made a terrible error of judgement”.An offshore ‘wealth management’ scheme made headlines in 2012 when 1,000 people were revealed by The Times to have benefitted from it - the most prominent being comedian Jimmy Carr.

The report claimed that the popular stand-up and TV presenter was sheltering £3.3 million and only paid 1% tax using the K2 scheme, which channelled the salaries of beneficiaries in the UK through Jersey-based shell corporations.

While the scheme was a case of tax avoidance rather than evasion (and therefore technically legal), it even aroused comment from then-Prime Minister David Cameron, who referred to it as “morally wrong”. It’s worth noting that Cameron himself came under fire years later, having benefited from his father’s involvement in similar schemes.

The professional funnyman was hardly a tax expert, and Carr understandably found himself wooed by the scheme:

‍"I met with a financial advisor and he said to me 'Do you want to pay less tax? It's totally legal'. I said 'Yes'."

‍Carr soon found out that sometimes things are too good to be true. Obviously, nobody wants to pay more tax than they owe, but if an accountant asks you to quit your job and then be rehired by an offshore company, this should set off alarm bells.

Despite having since apologised, paid back all the money he would have paid, and even spoken out against tax loopholes, his reputation may never quite recover.

Norwich’s favourite son responds by going into a total meltdown, offering out alcoholic drinks and performing an impromptu puppet show to stall for time, eventually just hot-footing it and leaving his long-suffering assistant Lynn to explain his transgressions.

‍The main cause for concern for Alan are the personal receipts he has filed under business expenses.

No matter what the excuse, anyone would have a hard time convincing the Inland Revenue that a cinema ticket for one to Shrek ("research!"), a pair of shoes ("you can’t go and see Shrek without any shoes!") and a dressing gown are "wholly, exclusively and necessarily" for business use.

In his panic, he also blurts out that he is relieved he can pay the contractors working on his new house cash-in-hand, which of course is a big no-no - unless you declare it and deduct tax and National Insurance contributions from the wages.

Alan’s plight perfectly illustrates the horror of a tax audit should you be on the wrong side of the law. Just don’t risk it - separate your business and personal expenses at all costs.

Check out our related article "Business Lessons from Alan Partridge".

"An honest mistake was made"In 2011, the then-Business Secretary failed to inform HMRC when his income exceeded the pre-set VAT threshold.

Media appearances and a book deal had reportedly increased the former Lib Dem deputy leader’s earnings to a tidy £192,000 on top of his annual MP's salary of £65,738.

If your turnover exceeds the VAT registration threshold (£73,000 at the time) the rules state that you must register within 30 days.

Cable was billed for a figure of "less than £15,000" and was let off with a penalty of £500, reduced from £1,000. His spokeswoman said in a statement: "All Vince's tax affairs are above board, and he went out of his way to settle this quickly."

‍Cable, or at least his advisors, were alert enough to notice the mistake before it became a huge problem, but this could (and should) have been avoided by contacting HMRC as soon as the threshold was reached.

The £500 fine was dutifully paid, but this mishap was quite the egg on the face of a high-ranking parliamentarian who has repeatedly spoken out in public against tax evasion.

‍"An honest mistake was made"In 2011, the then-Business Secretary failed to inform HMRC when his income exceeded the pre-set VAT threshold.

Media appearances and a book deal had reportedly increased the now-Liberal Democrat leader’s earnings to a tidy £192,000 on top of his annual MP's salary of £65,738.

If your turnover exceeds the VAT registration threshold (£85,000 at the time of writing) the rules state that you must register within 30 days.

Cable was billed for a figure of "less than £15,000" and was let off with a penalty of £500, reduced from £1,000. His spokeswoman said in a statement: "All Vince's tax affairs are above board, and he went out of his way to settle this quickly."

The multimillionaire Take That singer was exposed in 2014 as taking part in an ‘aggressive tax avoidance scheme, leading to calls for him to have his OBE removed.

According to reports, the singer (as well as bandmates Howard Donald and Mark Owen and band manager Jonathan Wild) invested tens of millions into two ‘music industry investment schemes’.

‍“I have to take the full blame – I signed the documents. I knew what the investments were designed to do and I simply didn’t ask enough questions about them,” he wrote in his autobiography.

‍“I pay someone, a lot of people, a lot of money to take care of these things and keep me out of trouble… Bank accounts, tax returns, pensions, mortgages, expenses, inheritance planning, family trusts… they were all things that showed up in front of me, completed, and waiting for me to put a signature on them.”

‍Always read the small print when you’re handing over your financial responsibilities.

“I don't even know when I've got a debt or when my tax is due or anything.”

‍The former Atomic Kitten was declared bankrupt in August 2008 for failing to make final payments of a £417,000 tax bill.

“We had this accountant called David McHugh who was a fraud”, she told the Telegraph. “I asked David, have I got enough money for my tax? He said yes; the next thing you know I got a phone call saying I might be made bankrupt. But it was my own fault for letting it happen.”

What she did wrong:

In her own words: “I was like, ‘I don't understand this’, but at the same time I was taking a lot of coke and a lot of that period is a blur.”

‍A bit of professional advice: try to avoid doing that.

While McHugh is the real villain in this scenario, Kerry’s story is a good example of how you should maintain regular contact with your accountant, and a real time view of your tax liabilities can't hurt either.

"What is your mother's maiden name?" What's her first name? I just knew her as "Ma"! That'll have to do.”

In the first episode of Black Books the misanthropic shopkeeper has done such a terrible job of his bookkeeping that it has come back to bite him.

When faced with the prospect of doing the years’ bookkeeping all at once, Bernard (Dylan Moran) puts off the task with every excuse possible. He invites a pair of Jehova’s Witnesses in for a lengthy chat, turns his receipts into a ‘rather smart casual jacket’ and gets intentionally beaten up by a gang of skinheads.

What he did wrong:

Bernard did have the forethought to hire an accountant, but unfortunately the alleged professional ends up going on the run from the police for matters never explained, leaving his client high and dry. Black is left with only his hopeless filing system consisted of ‘Recent’ and ‘Not so recent’ receipts, scrunched up in his pocket.

This is a textbook example of the stress that can occur if you don’t stay on top of your paperwork. Fortunately, this was back in 2000; business owners nowadays have no excuse not to be far more equipped with digital ways of keeping records organised and up to date. A cheap laptop and Google Sheets could have made the procedure much less taxing, pun intended.

“Why’d you get locked away?” “Tax Evasion.”Fiction aped reality in the above 'Expendables 3' quote, after Wesley Snipes was released from prison in 2013 in Pennsylvania. The Blade star had served more than two years for tax evasion after prosecutors said he failed to file returns for at least a decade.

At his sentencing, prosecutors said Snipes had earned more than $38m (£24.3m) since 1999, but as of that date, had filed no tax returns and paid no taxes. District judge William Terrell Hodges ruled the actor had shown a "history of contempt over a period of time" for US tax laws.

What he did wrong:

Snipes enlisted the tax-denial promoter Eddie Ray Kahn as an advisor and the (already disbarred) accountant Douglas Rosile - both who were given longer sentences than Snipes.

Like Katona and Black he was let down by his accountant, but in this case both were high profile anti-tax protesters which, to be fair, really should have set off some alarm bells.

Anyone earning the wage of a Hollywood movie star and not paying any taxes for over a decade really only has themselves to blame, no matter how far Mr Snipes claims he was led astray.

Getting yourself into a tax mess?

As we’ve seen in some of the cases here, you don’t necessarily have to actively be trying to dodge tax to get yourself in hot water.

Using online accounting software means you’ll be aware of what tax you owe, and the real-time state of your finances. You’ll save yourself time and money, allowing you to focus on what you do best.

Check out our article to find out some more benefits of using cloud accounting service rather than a traditional high-street accountant.