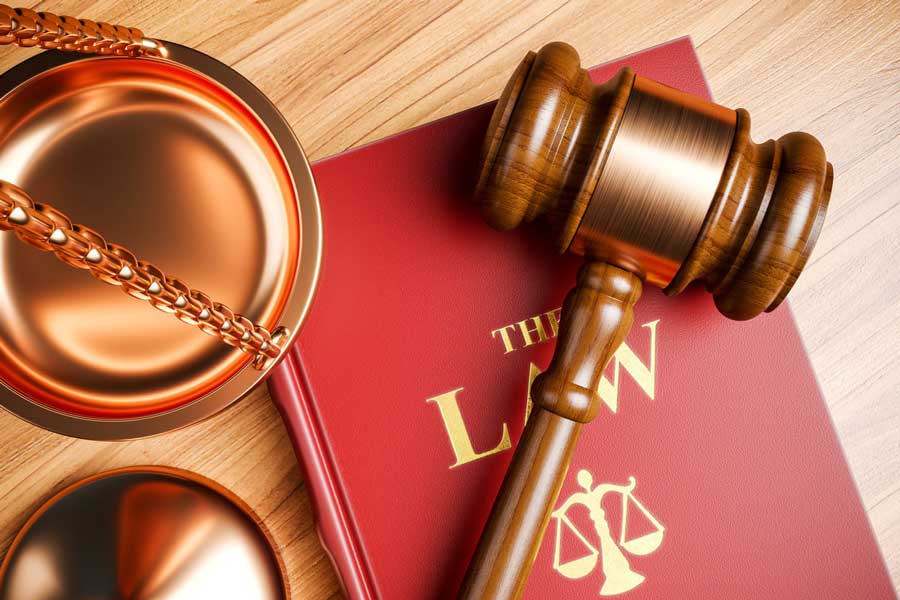 Employment Tribunals (ET) hear employment disputes which haven’t been resolved in the workplace, between employers and employees. Their decision is legally binding but can be challenged, if either party is unhappy with the result, at the Employment Appeal Tribunal (EAT).

‍Employees can take a claim to an ET for any of the reasons listed below. Employment Tribunals in Northern Ireland are still called Industrial Tribunals. Workers and freelancers have more limited circumstances to make a claim – we detail these below.

Reasons you may go to an Employment Tribunal

You’re always advised to try to resolve your problem with your employer before lodging a claim at ET. Both sides (employer and employee) can have unrealistic expectations of what will happen at an ET – employees may want a chance to clear their name or force the employer to recognise what has happened to them, and employers may seek vindication or want to send a message to other employees. Both sides could be disappointed after a lengthy and sometimes distressing process.

That said, you can take your employer to an Employment Tribunal for any of the following reasons:

There are various discrimination claims that can be made, which include:

Employees - There are also circumstances under Health and Safety Laws where you can make an unfair dismissal claim to an ET without needing two years employment (this is called automatically unfair dismissal), including where you have been dismissed for complaining or refusing to work in unsafe working conditions e.g. you were dismissed for ‘taking action’ over a health and safety issue, which includes:

The Ministry of Justice launched a new online database in February 2017,  making years of employment tribunal decisions from England, Scotland, and Wales easily searchable. In addition, those proceedings that are ‘dismissed’ and don’t get to Tribunal, or are withdrawn on settlement via ACAS(with a COT3 form), are also included in the database. It’s expected that all decisions will be added in the future.

Concerns have been raised about the effect of this system – employers who have lost or settled claims will find that information is easily available for anyone to see, and database searches could become part of some employers’ and recruiters recruitment and screening processes. Employers are warned against using the database for this in case they risk claims for compensation because of discrimination, victimisation, whistle-blowing, or black-listing.

The higher courts and the Employment Appeal Tribunal usually have details published on the BAILII website. However, there’s an Employment Tribunals service which may be able to help you get the information you want if it’s not available on the database. You can check out more information on their website.

More information about Tribunals in England and Wales

Claims to a Tribunal must be submitted to ACAS before they are lodged with the Tribunal. This ‘Pre-Claim Conciliation’ service is mandatory.

Complaints to ACAS can be made online, by post or telephone. The complainant only has to tell ACAS their name and address and that of the prospective respondent (normally the employer), no details of the complaint have to be given.

ACAS will make “reasonable attempts” to contact the claimant and then the respondent (if the claimant agrees). If ACAS cannot make contact with one of the parties it will conclude that settlement is not possible. The parties to the claim will be offered conciliation for one month in an attempt to resolve the dispute with their employer (before lodging the claim) with ACAS’s help. This period can be extended by another 14 days if there is a reasonable prospect of achieving a settlement.

In September 2020, the government announced that in order to boost capacity in the tribunal system (because of the coronavirus pandemic), the standard period for pre-claim conciliation by ACAS, between the employer and employee, would be extended to six weeks for all cases, from 1st December 2020 (rather than the standard one month with the possibility to extend it by two weeks).

If this is unsuccessful or if one party refuses, the claim can proceed to Tribunal (ACAS will issue a ‘conciliation certificate’ to allow the claim to proceed to Tribunal). If ACAS can’t resolve the matter in this period then their services will remain available right up until the case is heard by an Employment Tribunal.

While the claim is under conciliation, this ‘stops the clock’ for claims to be submitted to a Tribunal in time; so the period of three months in which a claimant must usually submit their claim to a Tribunal will be put on hold and will start again once an ACAS certificate is received. See our employers guide to ‘How to deal with an ACAS conciliation contact request’.

Recent Tribunal cases (2015), upheld by the Employment Appeal Tribunal, show that Tribunals will not favour employees who do not follow the conciliation procedure.

In Sterling v United Learning Trust, the claimant completed the ET1 form with the wrong early conciliation number, and the EAT rejected the claim saying it was the claimant’s responsibility to make sure the information presented to the ET was correct.

If a Tribunal finds in favour of the individual and believes an employer is in breach of employment rights, they can be fined from a minimum of £100 to a maximum of £5,000.

This can happen in cases where there is a breach of the individual’s statutory rights, which has one or more “aggravating features”, and is intended to reduce deliberate and repeated breaches of employment law.

The financial penalty will be between £100 and £5,000 (it will be 50% of any compensation award made to the individual, capped at £5,000). The penalty will be reduced by 50% if it’s paid within 21 days. The penalty is paid directly to the Secretary of State and not to the individual. The tribunal can decide whether to impose a penalty or not and will take into account the employers ability to pay.

There is no statutory definition of what an “aggravating feature” is but the explanatory notes to the legislation says an employer is more likely to face a financial penalty when:

So the potential financial exposure for employers with employment claims will be increased as they risk paying compensation to a successful claimant, being ordered to reimburse the claimant for the tribunal fees they have had to pay and this new financial penalty.

On 26th July 2017, the UK Supreme Court made the momentous decision that the UK’s employment tribunal fee regime (Fees Order 2013), that had been in place since July 2013, was unlawful and discriminatory (in R [on the application of UNISON] v Lord Chancellor 2017).

The Justice Department has since stopped charging fees and changed their website to remove all reference to them. The decision was an English case but will have an impact on Scotland (although Scotland will be getting the power to manage tribunals soon, and had already said they would remove tribunal fees; they may do something different from England in the future).

It’s estimated that between £27-32 million in fees had already been paid by individuals, and these fees WILL be repaid to all the individuals involved (the government had previously promised they would repay fees if the system was ever found unlawful).

You can read about the initial phase of the Tribunal Fee Refund Scheme that was launched on 20th October 2017 in our article.

A replacement fee scheme is possible – the judgement found that the existing fee rates and structure were unlawful; it did not find that ANY fee regime would be unlawful. Check out our article for more details.

If you are an Employer and need ongoing professional help with any staff/freelance issues then talk to Lesley at The HR Kiosk – a Human Resources Consultancy for small businesses – our fees are low to reflect the pressures on small businesses and you can hire us for as much time as you need.