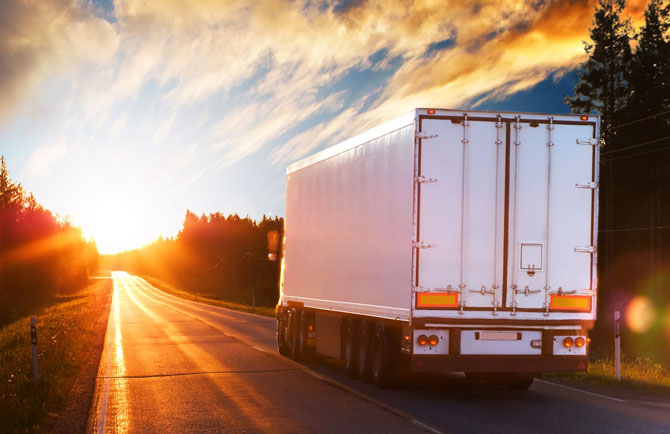 There are different rules for drivers depending on what they drive. All the rules here only apply to vehicles that are used for the ‘carriage of goods by road’. This is defined as any journey made entirely or in part on roads open to the public.

‍The EU Drivers Hours Rules apply to drivers of most large goods vehicles (LGVs) over 3.5 tonnes. Drivers of LGVs normally have a tachograph in their cab. The EU Drivers Hours Rules set limits for daily, weekly and fortnightly driving, and specify minimum break times for drivers during their working day, and daily and weekly rest periods. These drivers are also covered by the Working Time Regulations.

‍This guide doesn't cover journeys made outside of the UK or rules for passenger vehicles.

‍The EU rules are 2006 Regulations that define a driver as anyone who:

The Vehicle and Operations Services Agency (VOSA) in the Department for Transport have comprehensive guidance on the rules here and our Guide is reproduced from their rules.

There's a long list of vehicles that are exempt from the Regulations - see the Co-Liability section of this article.

After driving 4.5 hours a driver must take an uninterrupted break of 45 minutes, unless he or she takes a rest period (see below). During this break, they may not carry out any other driving work.

This excludes doing ‘other’ work rather than driving – so if a driver drives for 2.5 hours, does other work for one hour then drivers for a further 2.5 hours, then he must have a 45 minute break.

So, you can drive 2 hours, have a 15 minute break, drive a further 2.5 hours and have a 30 minute break. After this 45 minute break, the next 4.5 hour driving period begins (there are differences for professional drivers who are also members of the Territorial Army, which we haven't covered here).

The maximum driving time over any two-weekly period is 90 hours.

A driver must take a daily rest period within each period of 24 hours. The rest must be an uninterrupted period. Time spent working in other employment, including self-employed work, doesn't count as rest.

A driver can reduce his daily rest period to no less than nine continuous hours, but this can be done no more than three times between any two weekly rest periods. No compensation rest for this reduction needs to be given.

There are slightly different rules for vehicles:

An actual working week does not have to be aligned with the ‘fixed’ week defined above. A ‘reduced’ weekly rest period of a minimum of 24 consecutive hours can be taken. If a reduced period is taken, the rest not taken (from the 45 hours) must be taken before the end of the third week, and this compensating rest must be attached to a 9 hour rest period.

In any two consecutive ‘fixed’ weeks a driver must take at least:

If a vehicle is neither at the driver's home nor at the employer's operational centre where the driver is normally based, but at a separate location, time spent travelling to or from that location may not be counted as a rest or break (unless the driver is on a ferry or train and has access to a bunk or couchette).

To enable a driver to reach a suitable stopping place, and provided that road safety isn't jeopardised, a departure from the EU rules may be permitted but only where it unexpectedly becomes impossible to comply with the rules during the journey. Drivers must note the reasons for doing so.

Drivers who are subject to EU Rules on drivers hours normally have also to comply with the rules on working time as laid out in the Road Transport Regulations 2005. This includes self-employed drivers, too.

The WTR rules are:

Many drivers spend some of their time driving under both EU and GB rules. EU rules usually take precedence over GB rules. Important points to note:

For rules on Tacographs and recording driving hours and rest, and the rules for Employers regarding Tacographs, see VOSA here.

A driver is protected from conviction in Court for infringing EU Hours Rules if he can prove that, because of unforeseen difficulties, they were unavoidably delayed in finishing a journey.

Employers (‘transport undertakings’) will be liable for any infringements committed by their drivers, unless they can show that at the time of the infringement:

The EU Rules on driving limits and duty limits are suspended where immediate action is needed to avoid:

The vehicles that are exempted from the EU Regulations are:

Vehicles exempt from EU Rules will usually be in scope of the GB domestic rules (see part one).