Who can have self-employed status in the film, television and production industries? 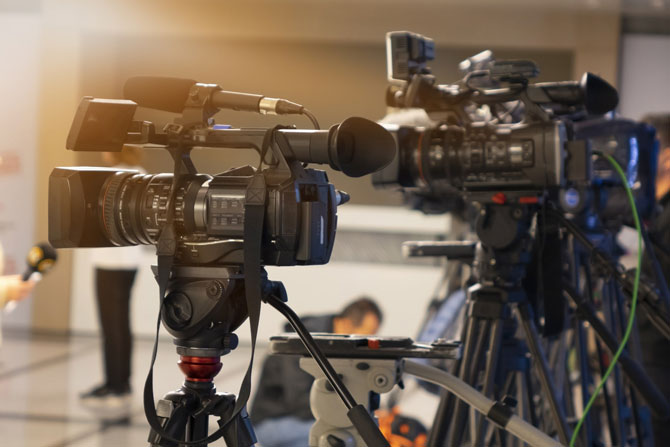 With Workline’s origin in the Film and TV Industries, we thought we’d return to the infamous HMRC ‘Film, Television and Production Industry Guidance Notes’, that provide advice on how to determine the correct employment status of workers in these industries, and who can be genuinely self-employed/freelance.

These guidance notes were updated at the end of December 2019 and we cover all the major points of the updated guidance here. They only apply to off-screen ‘talent’, not to actors or presenters.

The old guidance was issued originally in 2003, revised in 2011 and 2012, and the original guidance notes provided advice “with regard to the application of PAYE and National Insurance Contributions to non-permanent, casual and freelance workers in the Film, Television and Production Industries” and contain the all-important list of who can legitimately be freelance in these industries.

Deciding a worker’s status is crucial for both the individual and their Employer as, besides the implications for tax and National Insurance, it’s the only way to determine what employment rights an individual has.

The guidance was originally published as a PDF, but at the end of December 2019, they were moved to the HMRC’s Employment Status Manual (ESM) website, and they start at ESM4115. The guidance covers sole traders as well as limited companies.

There are two main differences in the new Guidance that we can see:

Who can call themselves self-employed?

The new 2019 HMRC guidance says the following individuals can normally be regarded as self-employed provided either:

Where an individual is engaged for another series

Each time a programme is re-commissioned the employment status of the individual should then be reviewed more thoroughly. HMRC advise that you should consider whether, if the engager re-hires the same person for further engagements, each of those engagements continues to be a separate agreement, or if the parties have created an overarching agreement for a longer-term commitment to each other. See ESM0553.

If the circumstances have changed, you should look at the whole picture and apply the general (HMRC) guidance.

The list of roles in Appendix 1 is not exhaustive. Where a role is not listed it does not necessarily mean an individual is an employee. HMRC and engagers in the industry should use the full range of employment status indicators to decide the status of people not on this list. The HMRC Employment Status Guidance/Manual is at ESM0500.

The guidance goes onto say that (regarding short-term engagements) some behind camera individuals may not meet the criteria in the list of roles normally treated as self-employed (for example if they are not providing their own equipment), but they might work on a succession of short term engagements with a large number of different clients.

Where the work patterns and business structure are consistent with the circumstances of the Lorimer case, such individuals can be treated as self-employed. ESM4121.

It can be difficult for an engager to verify such work patterns, the individual can seek confirmation from HMRC that an engager may treat them as self-employed. ESM4110.

For behind camera individuals who do not meet the criteria in the list of roles normally accepted as self-employed, and where the engager has determined their status as employment, HMRC will permit NI only deductions to be made provided that:

NI only deductions means that National Insurance contributions are deducted but not tax.

The period of seven days includes rest days and weekends if these fall between the first and last days of engagement. For example, if a worker is engaged for Wednesday, Thursday, and Friday and for the following Monday, Tuesday, and Wednesday, the weekend must be counted and the limit of seven days will be exceeded.

The guidance also says, that from 20 December 2019, engagers should treat individuals who meet these Appendix 1 criteria as self-employed – this applies to new contracts and extension of existing contracts.

There are specific terms used in Appendix 1 to describe the criteria which must be met for the relevant job. See ESM4117 which describes these (which includes ‘Premises provided by the Engager’, ‘Substantial Provision of Materials/Equipment’ and ‘Tools of the Trade’).

The Film Production Unit is based at Trinity Bridge House, 2 Dearmans Place, East Wing, 4th floor, SALFORD, GREATER MANCHESTER, M3 5BS and is responsible for engagers in film and TV production, which includes production of TV commercials and corporate videos.

*If you are an Employer and need ongoing professional help with any staff/freelance issues, then talk to Lesley at The HR Kiosk – a Human Resources Consultancy for small and creative businesses – our fees are low to reflect the pressures on small businesses and you can hire us for as much time as you need.