Why do so many people launch their business in Brighton? 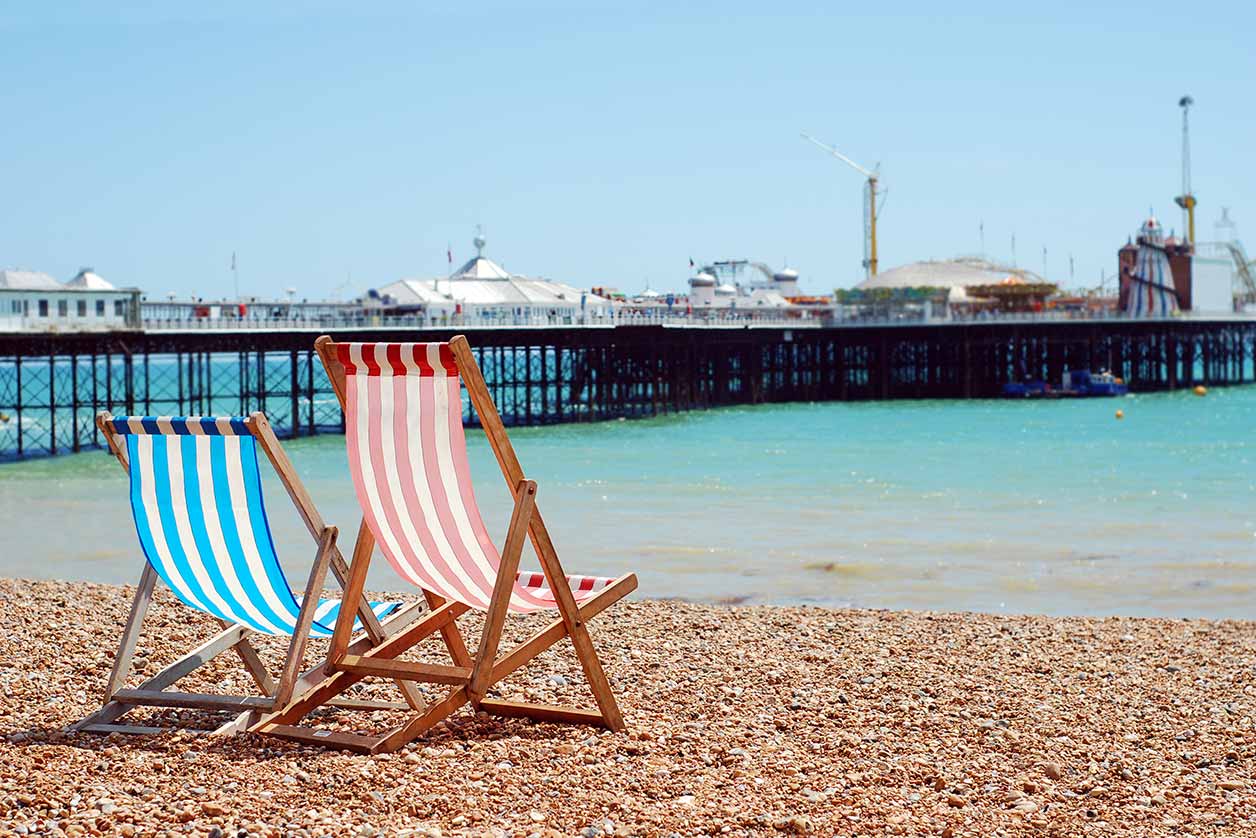 It was Laurence Olivier who once said “there is a phrase: ‘the sweet smell of success’. And I can only tell you, I’ve had two experiences of that and it just smells like Brighton and oyster bars”.

‍Born out of a fishing village originally called Brighthelmston, the seaside city of Brighton and Hove has long been voted in top 10 lists of happiest/coolest/trendiest/best places to live in the UK. And for good reason, too.

The city of Brighton and Hove is different, and proudly so. Right from Dr Russell pontificating that the seawater here is superior in curing disease and the building of the Taj Mahal-esque Royal Pavilion in the 1700's, right through to Fatboy Slim hosting the biggest beach party England has ever seen - people have flocked to the coast to get away from their humdrum lives and be bold, beautiful and brave.

But why is Brighton a good place to start a business? Yes, a walk along the promenade inhaling the fresh sea-air can often stimulate flagging brain cells and many of Brighton’s late-night haunts can provide inspirational business ideas (especially after a few shandies). But there's more to Brighton than the seaside and bohemian culture.

Oh I do like to be beside the seaside!

The Brighton Fuse - a two-year research project that surveyed 500 firms and interviewed 77 Brighton and Hove entrepreneurs from the creative, digital and IT sector -  found that “firms can experience significant advantages if they operate within a rich and diverse economy”, and where else in the UK shines with diversity as much as Brighton?

Residents are, on the whole, a happy bunch. 9 out of 10 Brightonians are “very or fairly satisfied” with where they live - far higher than the national average of 85 per cent. Brighton is a tourist hotspot with over eight million visitors predicted every summer, spending over £69 million. That’s a lot of rides on the Crazy Mouse.

The Brighton Fuse project asked its participants what the primary reason for moving to the city and, unsurprisingly, “convenience" followed by Brighton’s "reputation as a creative place and its location - near to London” came out on top. Barefootweb.co.uk report that Brighton's digital economy is now worth over £1 billion per annum, which puts it on par with tourism.

According to a 2011 census Brighton has a higher than national average of 20-44 year olds, unsurprising as there are two universities with campuses dotted across the city; the University of Sussex and University of Brighton. Sussex focuses on more traditional subjects whilst Brighton runs courses geared more towards creative and arts subjects.

Over 44% of Brighton’s residents have an NVQ Level 4 or above - the equivalent to a Bachelor’s degree, graduate certificate or graduate diploma.

More and more across Brighton, we see businesses veering away from more corporate business methods and focus on collaborative means in order to succeed. A great example of this is Hisbe (How It Should Be) which aims to disrupt the supermarket model by selling local produce and ensuring an ethical way of trading between farmer and consumer - putting people before profits.

Collaborating, working together and even (in some places) bartering are commonplace in Brighton. Another example is Goodmoney, a local gift voucher scheme that brings together independent businesses and encourages consumers to shop away from the larger chain stores.  Director Mick Taylor saying “collaboration is at the heart of the sharing economy and we’re just scratching the surface of what we can achieve working together for mutual benefit”.

Whether you decide to launch your business in Brighton or elsewhere, there are plenty of great resources that can make taking that leap a lot easier; many of which can help with funding applications, grants, give all-important mentoring advice and provide a friendly ear for those nervous first-timers.

Below we’ve outlined some Brighton based resources, but many of these can be applied to your own city or town.

“The voice of Brighton and Hove’s business people” - the Brighton Chamber of Commerce is a local not-for-profit membership organisation. As of 2015, there are over 500 members ranging from solo entrepreneurs, consultants, charities, SMEs, professional service organisations and large companies. These members are involved in a wide range of businesses including finance, tourism, retail, entertainment, health, training and the creative and digital industries.

The Chamber can support with developing and building business potential. It provides a springboard for new business opportunities, is a prominent voice for economic and business matters across the city and gives you the support you need via a “strength in numbers” approach to making big business decisions. There are over 50 Chambers of Commerce dotted across the UK.

Wired Sussex is a website and collective for businesses and freelancers in the digital, media and technology sector. The organisation provides regular meetups for members and a starting point for those looking for projects, support and networking across the city.

Divided into six core factions: 'recruitment and skills', 'business and growth', 'workspace', 'a shared voice', 'support local networks' and 'investment and trade', Wired Sussex is a fantastic resource for those looking to launch their business in Brighton.

Networking allows you to meet with other like-minded folks, many of whom are in a similar boat to you.

‍Other Brighton based business resources include Locate East Sussex which focuses on providing advice on starting, growing and relocating your business, Social Enterprise East Sussex who give business support, coaching and networking opportunities and Sussex Innovation Centre, a University of Sussex enterprise that provides members with business coaching and information.

What are you waiting for?

The Fuse project sums up the city perfectly: “the fused nature of the Brighton creative and digital cluster - the way that the arts and humanities are integrated with digital technology - is at the heart of its success”.

With a strong reputation for progressive thinking, experimentalism, culture and arts - as well as liberalism and hedonism - Brighton is unique. So, unless your business is a fascist, homophobic, anti-student machine, you’re probably onto a winner choosing Brighton as the city to launch your business.