Entrepreneurs out of the box: street food in Brighton 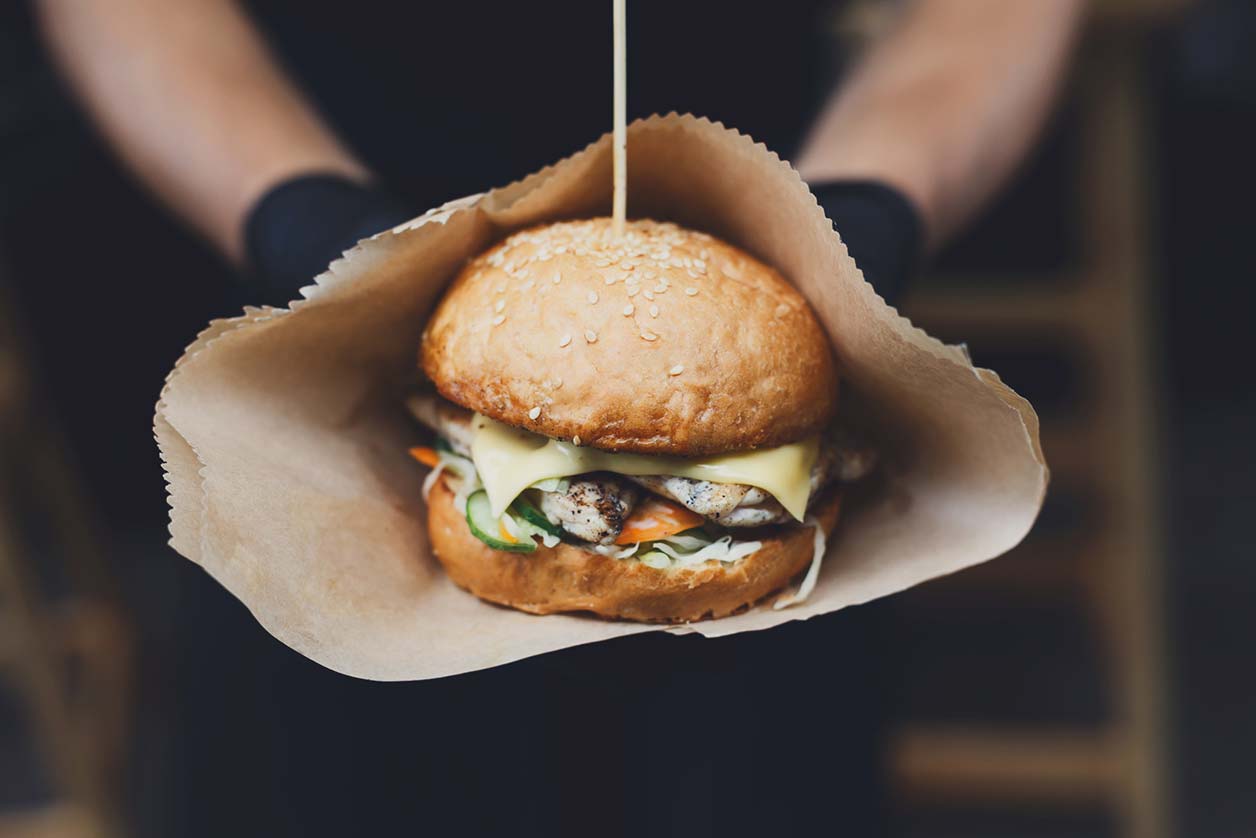 The street food revolution has come to Brighton and it seems there is no end to the culinary schmoozing, with ever more dribble-worthy vendors popping up to expand the waistline.

What is street food?

Street food is to the catering industry what flexible working is to offices. It moves away from the traditional confines of cafes and restaurants and gives food-entrepreneurs the freedom to experiment with different approaches to dishes. It’s also a great chance to form a community of vendors where different cultures, lifestyles and passions can come together.

Street food also has a culture of using locally sourced, fair trade produce and your meal is more often than not served straight to you by the person who made it. This helps provide a unique connection between producer and consumer that foodies can’t fail to appreciate.

It’s also a fantastic path to entrepreneurship. Street food allows passionate foodies, bakers, and chefs a chance to build a brand without having to pay the hiked-up fees for a cafe or restaurant space in an expensive British city or town centre.

How popular is street food?

Street food seems to be hitting the high notes with consumers, too.

MCA, the leading UK provider of eating and drinking out market intelligence, estimates the value of street food to the UK economy will reach a grand total of £1.2 billion in 2018, up 9.7% from 2017. That’s a larger percentage growth than even fast food is projected to achieve.

‍A poll by The Grocer publication revealed the three most popular descriptions of street food by consumers were exciting (80%), authentic (78%) and high quality (72%).

Never ones to pass up an opportunity to stuff our faces, we’ve happily munched our way to five of our favourite street food dispensaries in Brighton. It was a harder task than you might think - there are so many of them and they’re all pretty fab.

Troll Burger started as a street food venture known as The Troll’s Pantry, operating out of a van around Brighton and Hove, before eventually settling at the Wood Recycling Store on Circus Street and later branching out to the Hobgoblin Pub and Street Diner in Brighthelm Gardens.

The Troll’s mission is to ‘provide affordable, ethically sourced fast food using the finest quality ingredients made with love and passion’. The culinary science of founder of Troll Burger, Paul Clark, is reflected in the ever-evolving menu and flavour combinations, which have accrued the startup venture a loyal following over the years.

"I started The Troll’s Pantry (now Troll Burger) because I wanted to showcase local, ethically sourced produce in what would normally be regarded as junk food. I don’t believe quality, high welfare and organic produce should just be for the middle classes or pretentious fine dining establishments, but should be accessible to everyone.”

This is cheating a little but we couldn’t write a piece about street food without giving these two food heroes a shout out. Christina and Kate started The Street Diner in April 2013 and it has since become a massive success, dominating the gardens of the Brighthelm Centre on Queen’s Road every Friday lunchtime come rain or shine.

We spoke to Christina and Kate who told us:

"Street food enables people to make a real connection with the food they’re eating, because it’s being cooked right there in front of them. Every sense is ambushed – and the enjoyment is instant.”

The duo bring an array of different food vendors to the area who in turn attract a gaggle of hungry Brightonians looking for a little bit of yum. There is a real feeling of community down at the diner, where food from around the world is prepared al fresco and served in generous portions for a reasonable price. The Street Diner was also featured in Elle Magazine’s ‘five of the best UK street food markets’ of 2014.

Dead Good Burrito have popped up all over Brighton and Hove but they don’t just limit themselves to this illustrious city; their online diary is full of food festivals all across the south coast and they appear to be doing exceptionally well for themselves. The concept is simple – give the public very good quality burritos and they’ll always come back for more.

The recognisable trailer has been designed to help them deliver food as fast as possible, while still maintaining the high standard on which they have built their reputation. All of their ingredients are locally sourced and fair trade where possible and their signature salsas and guacamole are made fresh on the day – spotting these guys at a food fair always incites a squeal of excitement.

Lickle More is your first and only stop for top quality Caribbean cuisine in Brighton. The little food truck is a staple of the George Street/St. Andrews Church/Tesco cross-section, and the scent of Jamaican spices hangs heavy in the air.

Among the dishes on offer, you can dine out on curry goat, ackee and saltfish, jerk chicken and wash it all down with a can of pineapple soda.

To finish up this culinary adventure, Honeycomb Cakes offers sweet delights using only local, organic and fairtrade ingredients. For those gluten-phobes, they also have delicious gluten-free options. Rebecca at Honeycomb Cakes has been a full-time cake maker for almost two years and makes her living selling cakes at the Street Diner and taking private orders for weddings and birthdays.

"The street food scene in Brighton gives people the chance to enjoy amazing food cooked by people who are passionate about what they do and in most cases, passionate about using local ingredients. It also gives traders who can’t afford Brighton’s premium commercial rents the ability to share their food.”

You can find out more about the costs of setting up a street food business and relevant licenses at the streetfood.org website.