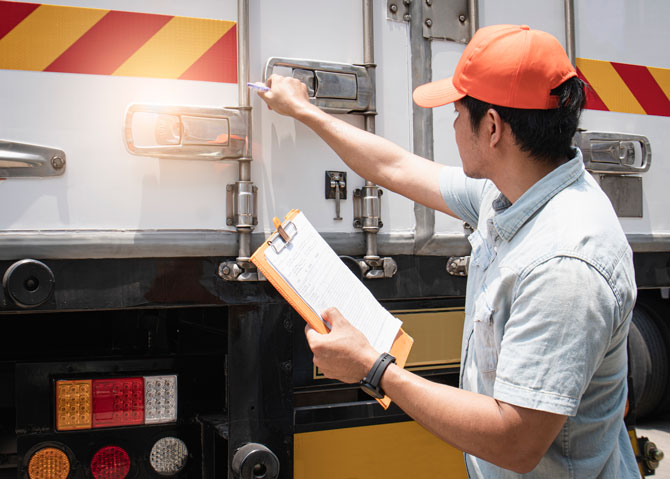 Amidst chaotic lorry driver shortages in the UK, a Road Haulage Association survey has revealed that recent tax changes have had almost as much effect on driver availability as Brexit, and even more than COVID-19.

The UK’s current petrol panic is the latest in a string of calamities to stem from the country’s shortage of an estimated 100,000 HGV drivers. While the blame for the disruption tends to fall on the pandemic and Britain leaving the EU in the majority of headlines, many workers themselves are pointing to the government’s reckless self-employment tax changes.

‍‘IR35’ legislation was introduced in 2000 to tackle tax avoidance, focusing on people who 'disguise' their employment as a self-employed arrangement. It aims to prevent workers from setting up a limited company in order to pay less tax and National Insurance, while actually working as an employee.

While not commonly known or understood outside of the self-employment sector, IR35 has been a major point of contention for the last two decades for those affected. Fresh concerns were raised when the legislation was extended to the private sector in April 2021.

The responsibility of determining the employment status of a contractor’s assignment (including deducting any employment taxes due and paying any tax owed to HMRC) now falls on medium and large-sized private sector businesses. Many contractors have claimed that these new rules are detrimental, on the grounds that many private sector businesses simply don’t have the financial capacity - nor time - to determine on a contract-by-contract basis whether IR35 rules apply or not.

#petrolshortage Can we please start referencing the ridiculous tax law #IR35 in the petrol issues. Start telling it like it is. Repeal IR35. Stop the damage.

This is not being well covered in the news but in the middle of the pandemic and Brexit - the new IR35 rules were introduced which caused chaos throughout the private sector. This (and brexit) is why there is no petrol and food aisles running low. https://t.co/WcOhQS0leN

Oh dear @RishiSunak we're going to see petrol stations running dry in the next few weeks, at least in part due to your moronic #IR35 reforms which have meant it's simply not worth it for some HGV drivers any more. https://t.co/aGnEbZTX7e

Among its critics is Crunch CEO Darren Fell.

‍“IR35 is a hugely complex and oppressive tax regime that has already hit the freelancing and contracting sector hard. Our Crunch clients and community have long expressed their anxieties about IR35, even before the recent private-sector changes.

“When I was building my first business, Pure360.com, I relied on the flexibility of contracting as a telemarketer for IT companies. This income was crucial to me at the time, and if these IR35 rules had been in existence back then there is no way I’d have been able to grow Pure360 and eventually start Crunch.”

‍Fell offers an alternative way to raise money to rebuild the economy:

‍“Instead of forcing contractors out of business, the government should be making these greedy (and highly profitable) corporations pay their fair share. Contractors are just trying to make a living and get their businesses off the ground - tax these massive organizations properly, who can easily afford it. Stop stamping on the little guy.”

Head on over to our IR35 hub for everything you need to know about IR35, and how to navigate it.