Why working collaboratively is good for your business 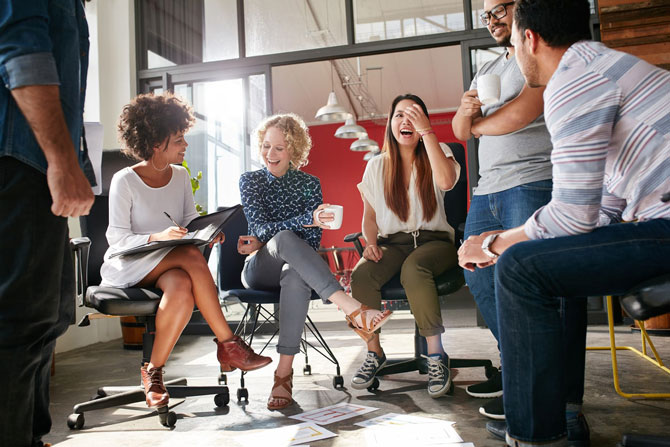 Running a business is tough. The long hours, endless paperwork and feeling like you’re doing just enough to stay alive. It can be lonely and isolating.

You want to expand, create new projects, feel that buzz again and grow your business but feel slightly stuck. Many SME’s and micro businesses are turning to collaborative methods to help their business get to the next level.

But why should you bother?

Goodmoney launched in Brighton in September 2015 and use a model similar to the Bristol Pound. Their business allows money to essentially stay circulating within the city and their businesses, therefore enhancing the Brighton economy. Local shops and businesses can sign up to the voucher scheme and punters can purchase vouchers to spend in said shops and businesses. The company statement carries a strong ethos:

“There are a few types of business that we’re not looking to support, such as national high street chains, food franchises, betting shops, casinos and any businesses considered unethical.”

This type of currency shows that businesses can collaborate on an economic scheme to both support community engagement and their local economy. Something to think about if you’re already thinking about your Christmas shopping – would you rather give a gift voucher for Amazon or for a local, independent business?

Two heads are (sometimes) better than one. This is why many businesses – especially startups – are collaborating by working alongside each other. Good For Nothing is a bustling community of “thinkers, do-ers, makers and tinkerers” who help each other via skill swapping – you code my website, I’ll film your next promo video – and engagement.

The benefit is that this accelerates the impact these startups, businesses and freelancers can have. For example the Good for Nothing collective worked with Birmingham based charity Socks and Chocs over a 24 hour design-a-thon to code and build their new website.

You don’t have to commit to sharing your skills, but being around other people in a creative working environment can inspire new ideas.

Okay, not technically always a collaborative effort, but worth a mention. Social enterprises can often stem from people looking to work together to produce a service that benefits others and make a difference. This is usually by generating an income by selling goods and services, then reinvesting the profits in a social mission. They are also known as CIC (Community Interest Company).

Many of these social enterprise / CIC projects stem from collaboration. David from Exploring Senses started out by working alongside a former colleague and collaborates with local businesses to provide toy hacking, 3D modelling and tech-based workshops for young people.

If you’re not convinced about giving away your profits to help others, research by the State of Social Enterprise Survey found that 50% of social enterprises made a profit last year, and 52% increased their turnover in the past 12 months, compared to 40% of SME’s.

Collaboration doesn’t always have to focus on social change and creating something for the greater good. Take a look at the big mergers and collabs of recent years; Disney Pixar or Virgin EMI. The big players in the world of business have recognised that alone they are one power, but together they are a greater power.

Not all big business collaborations work out, for example AOL Time Warner. The Telegraph called the merge of one of the world’s biggest media content companies and one of the largest distributors of internet content “a match made in mergers and acquisition heaven”.

Less than 10 years later, the companies has de-merged amidst financial meltdown – in part due to the wave of economic recession, and part due to the fact the merger was dogged from the start. Two of the corporate world’s biggest guns vying for control lead to more boardroom drama than The Apprentice.

Think carefully about who you collaborate with. What might seem like the partnership of the century could turn out to be the business disaster of the decade.

You don’t necessarily need to go in all guns blazing and collab’ with another business. Bringing in an experienced contractor or freelancer to help scale your project, idea or business is also an option.

Working collaboratively, whether it’s via a contra agreement, for the benefit of others, or to steer the economy away from the larger, nastier corps is something that businesses should consider. The benefits are that you’ll find new ways of working, broaden your prospects and – perhaps most importantly – challenge the way we do business. Wouldn’t it be lovely if more of us worked together to create a fairer, better world?