Why does everyone hate comic sans? 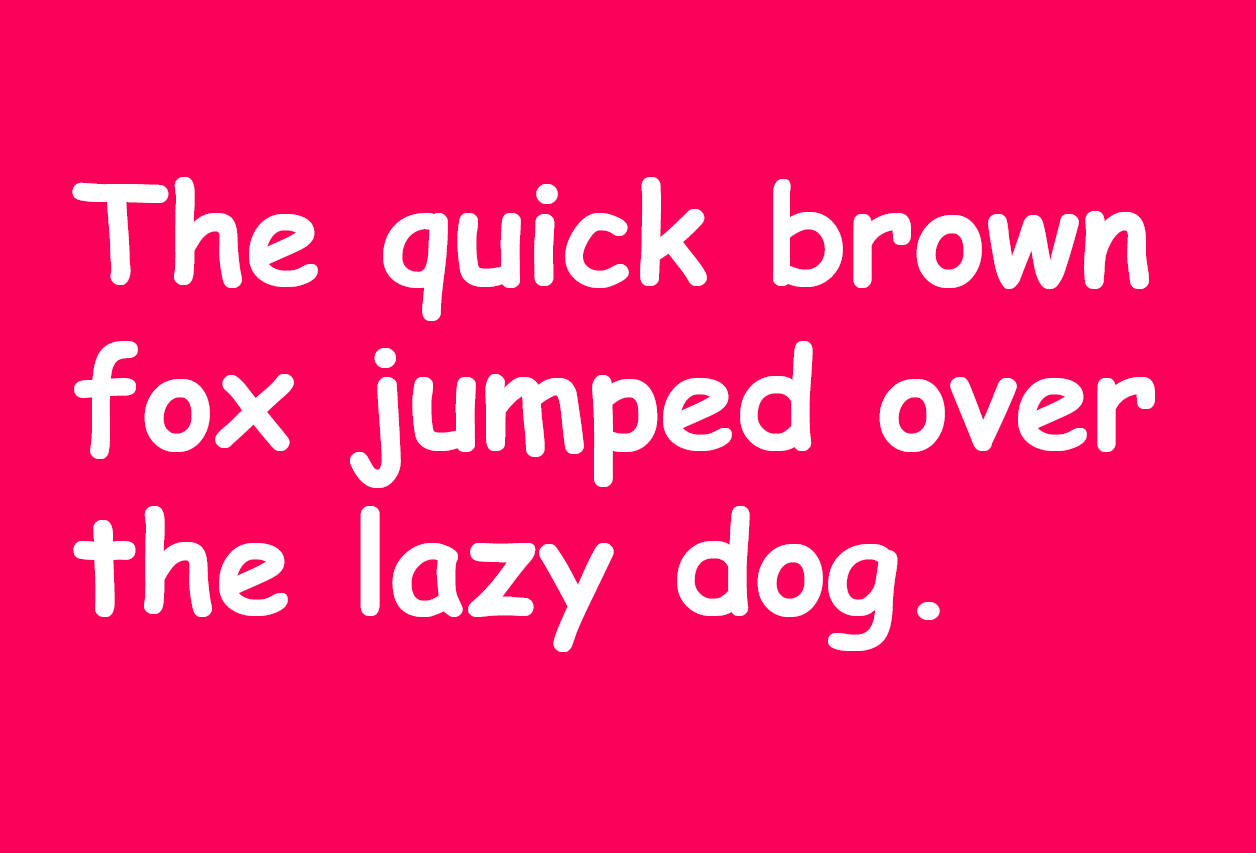 Comic Sans is one of those rare things in life so universally unpopular, warring factions would probably lay down their weapons and link arms to have a collective whinge about it. While it poses no legitimate threat (fortunately, typefaces can’t run for President), it’s right up there with Nickleback or Noel Edmonds on the ‘love-to-hate’ spectrum.

This certainly isn’t a new phenomenon; websites such as BanComicSans.com have been knocking around since the late 90’s, with separate T-shirts, mugs, and even petitions calling for an outright ban of the hated typeface.

An overreaction? Absolutely. But be warned: utilising Comic Sans on your small business’ branding may well be a faux pas worth avoiding.

Where did it come from?

The man to thank, or indeed blame, is Vincent Connare, who worked at Microsoft in the nineties as a ‘typographic engineer’.

Connare was working on an informal font for a speech bubble in the tutorial package ‘Microsoft Bob’. Apparently inspired by the speech bubbles used in graphic novels The Watchmen and The Dark Knight, he dreamed up what came to be known as Comic Sans.

Watchmen artist Dave Gibbons wasn’t too flattered by the imitation, and told The Guardian:

“It’s just a shame they couldn’t have used just the original font, because it’s a real mess. I think it’s a particularly ugly letter form. The other thing that really bugs me that they’ve used an uppercase ‘I’ with bars on it: it looks completely wrong to the comic eye. And when you see store fronts done in it, it’s horrible.”

Someone high up at Microsoft must have disagreed, though. Comic Sans was soon included in Windows 95 as one of a small handful of usable fonts, alongside blander options like Times New Roman and Arial.

I know a font that’ll get on your nerves

It didn’t take long for the banter to begin, but in fairness to Connare and Microsoft, the anti-Comic Sans backlash mainly developed from people misusing it, rather than the unsightliness of the typeface itself.

Of course, before dial-up internet really took off, attractive fonts weren’t so easy to come by. Newbie computer users – in their desire to have their messages appear less formal – would resort to the fluffiest one available.

This initial restriction lead to an unwelcome tradition which somehow still exists today, wherein Comic Sans is not only used for things like invitations to kids’ birthday parties, but also commonly and misguidedly used in passive-aggressive workplace notices. Yes, a font is a very silly thing to get worked up about, but it’s always good to know if your business can avoid being the butt of a joke. And as Holly Combs, one of the founders of the aforementioned BanComicSans.com put it, in some cases using Comic Sans is “like turning up to a black-tie event in a clown costume.”

Over twenty years have passed, and – at least to some people – Comic Sans looks as out of place today as a Mr. Blobby comeback album or one of those massive mobile phones from ‘Saved By The Bell’.

An endless list of attractive and informal alternative fonts are now easily available online at the click of a button. Seeing a shop sign or business card in Comic Sans in the modern age gives the impression that the ‘designer’ simply could not be bothered to spend a few minutes looking for a less dated and overused option.

What does that sort of nonchalance say about your small business right off the bat? As the cliché goes, you only have one chance to make a good first impression. Given the option, do you really want your company communications to look like an advert for a church jumble sale, or one of those weird ‘doge’ memes?

It might be a cause for a rather snobbish grumpiness amongst designers, but slaters are often reminded that Comic Sans is universally the best font for children and people with dyslexia due to its readability.

Sadly, there seems to be very little quantitative evidence to back up this claim, although it does seem widely accepted across various specialist websites that people with dyslexia find it easier to read text when it is in a sans-serif, non-italic typeface, such as (but not exclusively) Comic Sans.

Dyslexic.com is on the fence, having used it in the past, but stating that some people find it “too bold, too childish or too informal.” Thus, the jury is still out on whether this particular excuse for the continued existence of Comic Sans has any legs. (Do let us know in the comments below if we have overlooked any prominent studies!)

Want to give your business communications a readable, playful, and lighthearted feel without looking like you’ve been in a coma since 1995? There are many alternatives out there such as Lexie Readable, and Scott McCloud.

Even better, there are plenty of freelance designers or typographers out there who will be able to help you give your small business a truly individual vibe.

Of course, if you honestly reckon a font that was thrown together for a speech bubble in a defunct computer programme represents your brand the best, then don’t let any petty blogger tell you not to use it. But at least have a reeeaaally good think about it.

The font probably isn’t an instant death knell for your business, but how much damage it can do simply depends on what line of work you’re in. As Crunch’s Head of Design, Mark Cossey, put it:

“If someone were thinking about a business that lets children design and share comic books, then it might not be such a bad choice. I would probably advise against using Comic Sans as your brand font if you were a law firm.”