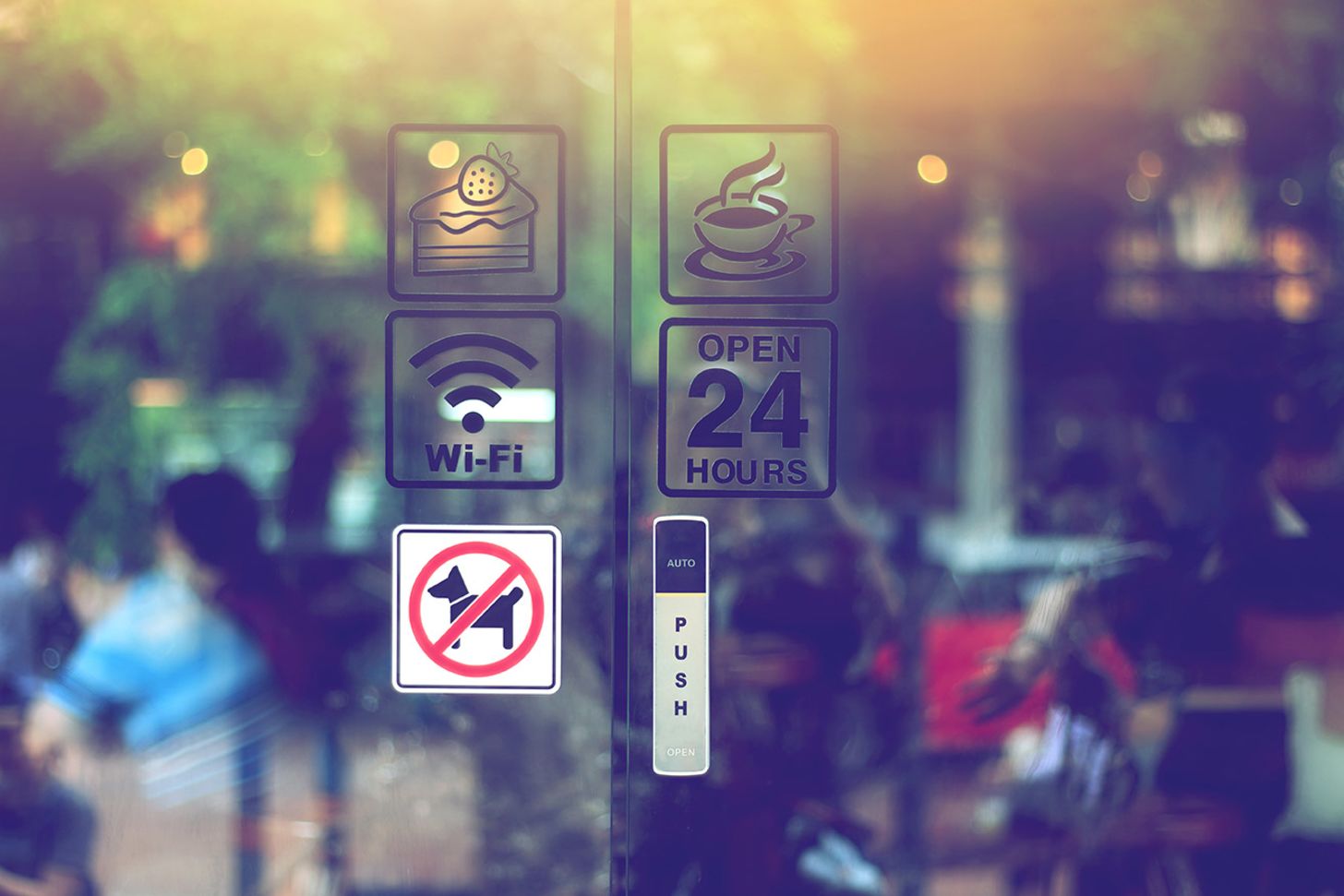 In the 21st century, one of the most recurrent and pervasive lies that we as a species tell must surely be: “I have read and agreed to the terms and conditions”.

The reasons people don’t bother to read terms and conditions are painfully obvious – they’re incredibly lengthy and incredibly difficult to understand without a legal qualification. Research from Fairer Finance found that the terms from some popular insurers and banks ran in excess of 30,000 words – that’s longer than some novels.

And understanding seems to be the trickiest part of modern terms and conditions. The same research also found that of those who attempt to read what they’re agreeing to, only 17% understand the meaning. This means for every 100 people that agree to a set of Terms, only around four understand what they’re getting into.

Sometimes though, within that 4% is a person with a legal nose keen enough to spot a loophole and turn the terms designed to protect a company’s interests into a weapon to use against them. Here are just a few occasions when customers and companies should’ve read the small print.

Back in 2014, a bustling cafe in Canary Wharf ran an experiment to see just how many people reviewed the terms and conditions of their public WiFi hotspot. Packed within the document was a special “Herod clause”, which promised free WiFi if “the recipient agreed to assign their first born child to us for the duration of eternity”.

Of course, the families were reunited as quickly as they were torn asunder. Well actually as it was all for a prank they were never even torn asunder, but the honeypot perfectly demonstrated the risks of blindly clicking the “Accept” button without giving the legalese so much as a cursory glance.

Betting on the market with no risk?

If you’ve ever done any trading of stocks and shares you’ll have no doubt run across a disclaimer like this:

“Stock trading involves risk and is not suitable for every investor. The valuation of stocks may fluctuate and you may lose money as well as gain.”

Well, what if you could trade on the stock market without the risk of a loss?

Well, as crazy as it sounds, that’s exactly what several French life insurance companies unwittingly allowed their high net worth clients to do in the 1980s. A Fixed Price Arbitrage Life Insurance Contract, as they were known, allowed clients to move their funds between markets retrospectively and pocket the gains from any upward movement in the meantime.

Prices were published on a Friday and your funds are in, say, New York. On Monday the German market surges so on Thursday (before the new prices are published the next day) you move your money to the DAX, and pay last week’s prices. Your policy is inflated by the weekly gains on the German market, and it hasn’t cost you a penny.

In the paper-and-fax driven business world of the 1980s it was assumed most policyholders wouldn’t exercise their rights to move funds regularly but L’Abeille Vie, the company which originally sold the policies (and was later swallowed up by Aviva), didn’t count on the temerity of the George family.

Mssr George – apparently a stickler for well-crafted fine-print – purchased Fixed Price Arbitrage Life Insurance Contracts for his entire family, and since 1997 his son Max-Hervé has been dutifully shuffling his policy around to the best-performing market every week, increasing its value exponentially.

Aviva has successfully moved many Fixed Price Arbitrage policyholders onto standard policies, including other members of the George family – but Max-Hervé is holding on tight. Aviva has said instructions delivered via fax are no longer allowed, so Max-Hervé hand-delivers his instructions via court-appointed staff every week to ensure they reach Aviva safely. Every week the value of the policy increases – and so do Aviva’s problems.

In most other industries the seller of this financial product could rip up the contract, but insurance policies, designed to be durable, cannot be so easily rescinded.

Aviva is taking its fight to the courts, but Max-Hervé appears to be winning. Case after case has gone his way including, most recently, a ruling by the Cour de Cassation, France’s highest appeals court.

An independent assessment of his policy concluded it had grown in value almost 70% a year between 1997 and 2007. If that growth rate continues Max-Hervé’s policy will be worth over €1 billion by 2020, and just six years later could be worth more than Aviva itself.

With his paper value increasing weekly, and with a string of favourable court decisions behind him, Max-Hervé has even been able to borrow an extra €20 million from Swiss banks to top up his policy (which is also allowed, as per the original contract). As Max-Hervé himself put it recently in an interview with The Independent:

If the annual gains were to continue until Max-Hervé reaches 75, his policy would be worth somewhere in the region of €90 sextillion. Not bad for an initial investment of about €7,000.

A ticket to ride… anywhere

Selling a plane ticket for $250,000 might sound like a pretty good day’s business – but for American Airlines it turned into a “huge disaster”, costing the company up to $50 million per year.

The ticket in question – the AAirpass – allowed the holder (and a companion, if they stumped up another $150,000) unlimited first-class travel with American Airlines anywhere in the world, any time, forever. This special offer, intended as a short-term money-spinner, had several unintended consequences.

Firstly, a group of the 66 AAirpass owners used their all-you-can-fly privileges to a ludicrous excess. Court documents show that one AAirpass owner, Steven Rothstein, flew 18 times in July 2004 alone, and mileage counts in the tens of millions were not uncommon.

Secondly, removing the monetary cost from obtaining an airline ticket meant AAirpass owners saw their flights as essentially optional – akin to a dinner reservation. They would book multiple tickets for a weekend getaway and take the flight to the destination with the best weather forecast. This resulted in lost revenue for American, which couldn’t resell the empty seats.

Thirdly, and most ludicrously, AAirpass holders accrued air miles on all their free flights, meaning many holders held air mile balances in excess of most bank balances, and would use those miles with American’s partner businesses – and American would have to foot the bill.

All of this was well within the terms and conditions of the original AAirpass purchase, and created a massive headache for American Airlines’ bottom line.

To address these huge losses, American put together the ominously-named Revenue Integrity Team, whose job was to investigate AAirpass holders and cancel the tickets of those found to be acting fraudulently.

Rothstein eventually had his pass revoked on the basis that he was offering free upgrades, via his companion ticket, to random strangers he met at the airport. Another AAirpass holder, Jacques Vroom, had his ticket taken away after it was found he was selling his companion ticket spot, often travelling only so he could ferry someone to a destination and pocket payment.

Rothstein, Vroom and others who have had their tickets taken away are contesting American’s action, saying they were not in violation of the original terms and conditions. In the meantime, AAirpass holders who have stayed under the radar continue to enjoy unlimited free first class travel anywhere in the world, despite American’s best effort to keep them out of the skies.

The 2008 financial crisis was largely the result of irresponsible mortgage lending by American banks, and during the height of the collapse, 861,664 families had their homes foreclosed – 81% more than the year before. Almost one in fifty US families received foreclosure notices – the process basically became routine for many US banks.

So routine, in fact, that many erroneous foreclosure notices were sent out, including one from Bank of America to Warren Nyerges, a retired police officer who didn’t even have a mortgage on his house in Naples, Florida – he and his wife Maureen had paid cash when they bought the property.

Nyerges fought the foreclosure and once the matter was resolved asked for $2,500 in legal fees to be covered by Bank of America. The bank didn’t want to pay, though.

The couple went through all the official channels available to them, and even wrote to the bank’s President. Eventually, a court ordered Bank of America to pay up and five months later, still with no payment in sight, Warren and Maureen decided to take action – it was time to foreclose on the bank.

So, on the morning of 4th June 2011 Warren and Maureen arrived at their local Bank of America branch with two removal trucks, their attorney Todd Allen, and local Sheriffs to enforce the foreclosure notice – the very same penalties Bank of America had tried to subject them to – and haul away desks, filing cabinets and cash.

After an hour locked in his office, the bank manager eventually wrote the Nyergeses a cheque to cover their losses.

Build your own credit card

Dmitry Argarkov fancied getting himself a credit card, but he didn’t find any of the available offers particularly appealing. So he made his own, with a 0% interest rate, unlimited balance, and no fees. If the credit card issuer failed to abide by his terms they would be fined 3 million Rubles (about £35,000).

He signed the contract, sent it off to Tinkoff Bank, one of the largest credit card providers in Russia, and to his surprise, they sent him back a card.

Argarkov used the card happily, but after a while the late payment notices started to pile up.

When Tinkoff Bank tried to take Argarkov to court for nonpayment he simply pointed to the terms and conditions the bank had agreed and the court ruled in his favour. Not only that, but Argarkov sued the bank for 24 million Rubles (about £280,000) for breaking his T&Cs.

Customers everywhere can take solace in the fact it’s not just them who don’t read terms and conditions, but the evidence is all around us; modern-day terms aren’t fit for purpose. It’s time for companies to embrace simplicity, and give their customers a better understanding of exactly what they’re agreeing to.