HMRC investigates gig economy and use of self-employed workers 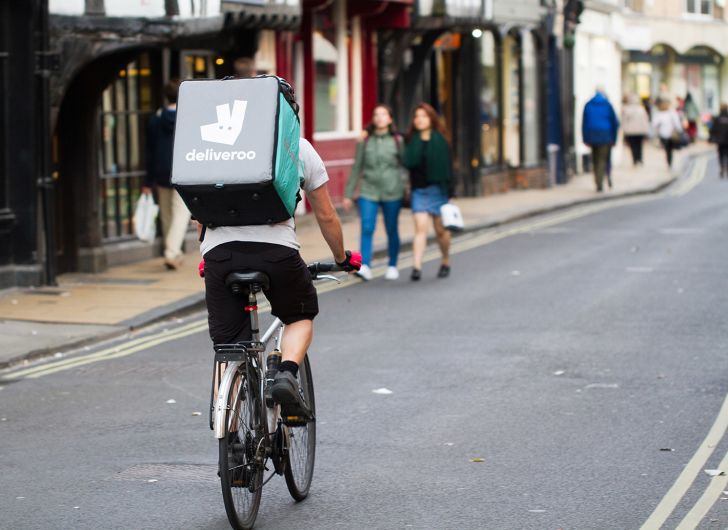 With the recent employment tribunal proceedings into how Uber employs its workers, coupled with HMRC’s investigations into the business model of courier company Hermes, CitySprint are also facing a legal challenge over whether their drivers are freelancers or workers.

‍In January 2017, the tribunal found that the bike courier bringing the challenge was a worker.

With Deliveroo Riders seeking union recognition to bargain for pay and conditions, Amazon facing criticism for not paying the minimum wage and making drivers work 'illegal' hours, the HMRC is now launching the snappily titled ‘Employment Status and Intermediaries Team’ to investigate compliance by companies in providing the correct employment rights, status, and benefits to their workers.

‍Read the full details of the Uber Tribunal here.

‍The team will investigate the use of false employee status to save costs (on benefits, tax, NICs, etc), and say they will respond to complaints and actively investigate companies that have a large amount of self-employed workers or agency workers.

A feature of the so-called gig economy is the use of self-employed workers who engage in work from a particular company through smartphone apps. But are they genuinely self-employed or mis-classified?

This news follows an inquiry earlier this year into the gig economy by the Parliamentary Work and Pensions Committee, chaired by Labour MP Frank Field.

Field submitted a report to HMRC detailing the complaints of 78 Hermes workers, following an investigation by The Guardian, who were employed as couriers but did not receive sick pay, paid holidays, and were sometimes paid below the National Living Wage.

Hermes said HMRC confirmed in 2011 that it was right to class its couriers as self-employed and said it is “committed to ensuring that our couriers receive earnings that are equivalent or higher than the national living wage”.

The HMRC executive chairman replied to this report by saying “if we find that companies have misclassified individuals as self-employed, we will take all necessary steps to make sure that they pay the appropriate tax, national insurance contributions, interest and penalties. Individuals cannot be opted out of employment rights and protections, simply by calling them self-employed."

Treasury financial secretary Jane Ellison, who announced the dedicated resource said: “The Government takes false self-employment very seriously and is committed to taking strong action where companies, to reduce costs, force staff down routes which deny them the employment rights and benefits they are entitled to.”

The Government has also announced an independent review ”to consider how employment practices need to change in order to keep pace with modern business models.”

The Uber tribunal judgement is awaited and will confirm whether tens of thousands of drivers are entitled to the National Living Wage, sick pay (SSP), holiday pay, and pension contributions (under pension auto-enrolment laws). The employment tribunal proceedings are considering the employment status of 19 Uber drivers in the UK.

Uber is arguing that its drivers, or ‘partners’ as it calls them, are self-employed independent operators, while GMB (the union representing them) is arguing that they are in fact workers because of the degree of control Uber has over them and so should be entitled to additional employment rights as a result. GMB is not arguing they should be employees, just workers.

Uber says it is a technology company rather than a transport provider, working with “driver partners” who have a “commonality of interest” and offering them the flexibility to control how much and often they work.

But Thomas Linden QC, representing two Uber drivers, accused Uber of doublespeak when he said, on the one hand, it described itself as a technology company, like Apple, but on the other told passengers it was offering them “Uber transport” with “Uber drivers”.

The tribunal was also told that of the 30,000 registered Uber drivers in London, 99.9% operate individually, and just 68 run small businesses with other drivers operating under them as another Uber driver.

A decision from the tribunal is expected shortly. You can read the full details of the tribunal here. A finding that the drivers are workers would undoubtedly have a huge impact, not just on the rest of the Uber drivers, but on other couriers and delivery drivers working for businesses. However, an appeal from either side (depending on the judgement) is highly likely.

If the drivers are found to be workers, such firms would either have to face other employment tribunal claims, or change their business model and, possibly, pass the increased costs onto customers.

The inclusion of intermediaries in the new HMRC team title and several mentions of ‘false employment’ has sent shudders through the Contractor community.

This is owing to the false self-employment legislation in the Finance Bill 2014 that continues to cause confusion (discover whether you may be an intermediary and not know it), along with the new public sector rules coming into place in 2017.

How do you work out someone’s employment status?

Understanding a worker’s employment status can be complicated, but employers need to understand how their workers, employees, and freelancers should be classified and make sure they are given the correct status they reflects the actual working relationship and isn’t just set or decided by the terms of any written contract.

But HMRC and the courts continue to not have one way of determining someone’s employment status. Attempts have been made by HRMC and it is currently working on launching another online ‘status’ indicator, along with various reports commissioned by government about employment status.

When asked to determine an individual’s employment status, an employment tribunal will look at the whole working relationship including:

None of these on their own will decide someone’s status. One judge has said you need to ‘paint a picture’ of all the details and look at it from a distance. Read more about employees, workers, and self-employed employment status.

‍If you are an Employer and need ongoing professional help with any staff/freelance issues then talk to Lesley at The HR Kiosk – a Human Resources Consultancy for small businesses – our fees are low to reflect the pressures on small businesses and you can hire us for as much time as you need.