Should you let staff and freelancers smoke e-cigarettes at work? 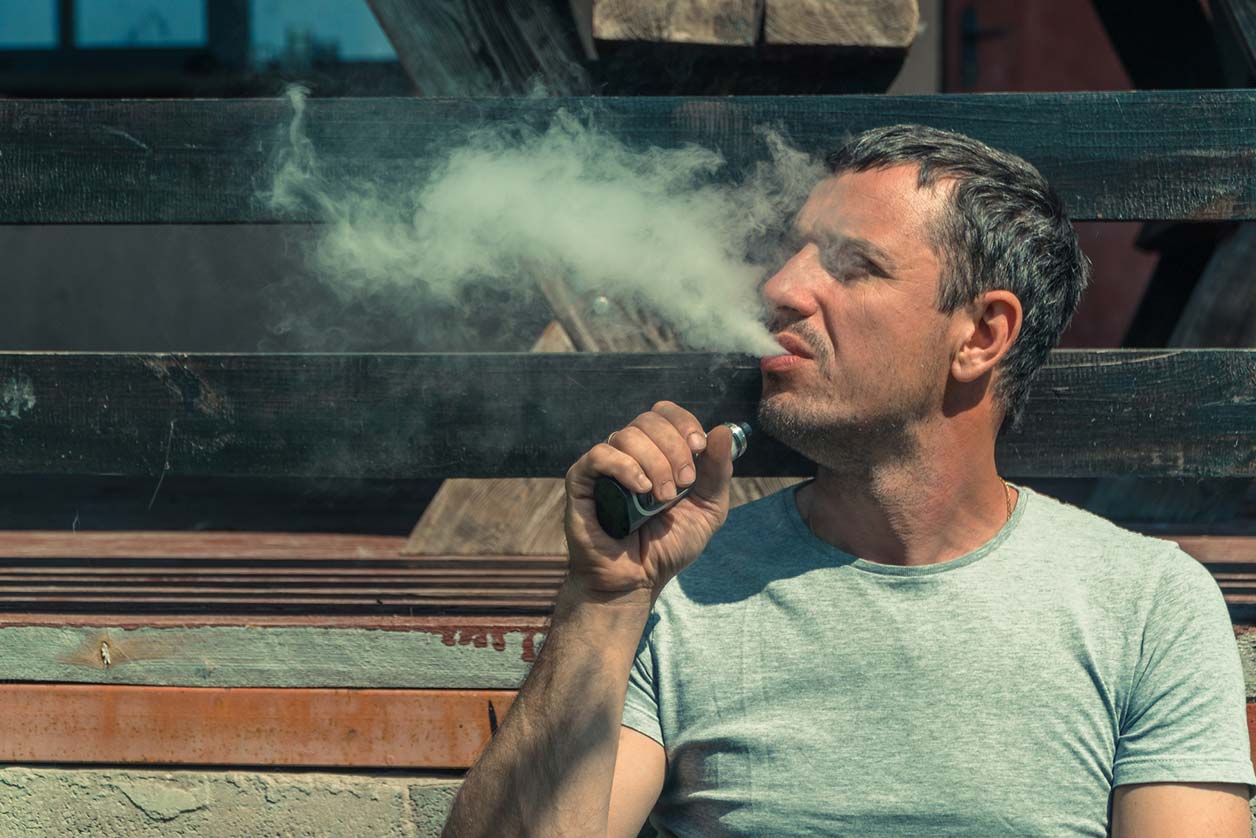 Legislation has existed since 1st July 2007 - following earlier bans in Scotland and Wales - which makes it illegal to smoke in enclosed public and work spaces. Employers will now usually only allow smoking on their premises in designated outside areas. The law also covers work vehicles.‍

The current law on smoking requires that businesses:

The law is enforced by Local Authorities, and workers and freelancers can be fined up to £200 if they smoke in the workplace (£50 in Scotland).

Smoking isn’t allowed in any work vehicle that more than one person uses, although a worker can smoke in a company car that only they use if their employer agrees to this.

The law on e-cigarettes?

However, this law doesn’t apply to e-cigarettes. Currently, electronic cigarettes are only covered by consumer product regulations, although from July 2016 they'll come under the revised EU Tobacco Products Directive.

In the summer of 2014, the government had already confirmed they wouldn’t ban e-cigarettes indoors in England, despite the World Health Organisation urging governments to do so to combat the threat posed by the growing popularity of vaping.

Therefore, employers are currently free to decide if and where e-cigarettes can be used on their premises or not.

ACAS have issued guidance and advise that employers should carefully consider the implications for their own business when deciding what to do about e-cigarettes within their workplace and need to consider that:

Should employers forbid the use of e-cigarettes at work?

There may be a concern that preventing the use of e-cigarettes at work may hinder those who use them to stop smoking, particularly if they’re required to smoke them in designated smoking areas with regular cigarette smokers. Employers may want to consider organising a separate e-cigarette smoking area external to work premises, rather than letting staff vape at their desk.

Employers should have clear rules about smoking and e-cigarettes

Employers should be clear about what their rules are on the use of e-cigarettes at work. If they already have a policy on smoking, they could include information about e-cigarettes in there.

Employers may want to put up signs or notices in the workplace which make it clear where smoking is allowed (if this is the case) and where it’s banned. These should include rules for both cigarette and e-cigarette smokers.

In February 2015, the first case concerning the use of e-cigarettes in the workplace came to Employment Tribunal (Insley v Accent Catering).

Insley, a school catering assistant, resigned after being suspended ahead of a disciplinary hearing for potential gross misconduct for “bringing the company into disrepute”. The head teacher had witnessed Insley using an e-cigarette in front of pupils arriving at the school and made a complaint to the catering company, who held an investigatory hearing and suspended Insley, prior to a disciplinary hearing. Insley resigned before the hearing and claimed constructive dismissal for breach of trust and confidence.

The tribunal decided she hadn’t been constructively dismissed as there was no breach of trust or confidence; the employer had acted properly and followed a fair and reasonable procedure. They also argued the suspension was appropriate because a client had made a complaint. However, the tribunal made the point that if Insley had been dismissed as a result of the disciplinary hearing, the dismissal might’ve been considered unfair, primarily because the school’s no smoking policy didn’t specifically prohibit the use of e-cigarettes (and because CCTV footage of the incident wasn’t shown to Insley).

So, Employers should follow Acas guidance and specifically include the use of e-cigarettes in the workplace (if allowed, where, when) in your Smoking Policy, in order to be able to take disciplinary action against employees inappropriately using e-cigarettes.