How Britain's tea economy pushed the world to boiling point 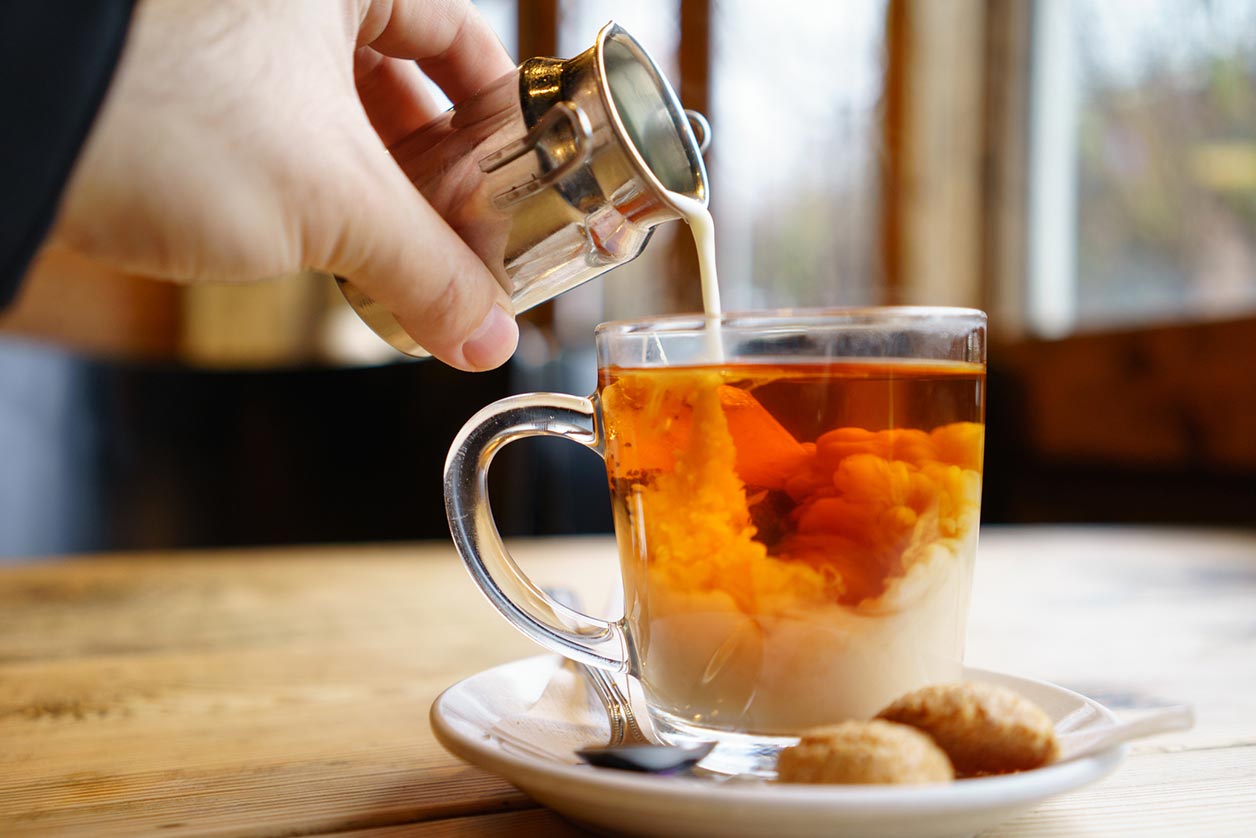 Tea in the UK is a big deal. We drink 60.2 billion cups of it every year, and it’s a cornerstone of British culture. So important is the humble cuppa that the International Standards Organisation has ISO 3103: the proper method for making a cup of tea. Why not give it a try now?

‍Now you’ve got your drink, let’s get back to the business of tea. We import £251,889,836 worth of the stuff every year. From rich to poor, most of us enjoy it with us all having our own methods for making it. We all have a favourite brand and Brits are famously keen to put the kettle on in celebration, commiseration, to pass the time - and sometimes just because we're thirsty. Having said that, tea isn't that big a deal economically speaking.

The entire UK tea industry has an annual turnover of £748m, which is about 0.02% of the entire country’s turnover. It employs 3,324 people across 27 businesses, while the fruit juice industry has 7,071 workers across 111 companies.

So, if the British public were to suddenly lose their taste for a good brew today, the economy would not suffer massively. There'd be a lot of people out of the job, but it'd hardly trigger another recession. The country would go on just the same as it always had. While tea might be ubiquitous, it’s not valuable enough to send shockwaves through the economy like a good old bank collapse will.

However, if we go back in time, tea was a much bigger deal to England - and the world could have been a very different place were it not for our love of a brew.

A bit of history

What if tea had never caught on? What if Charles II had spat it into a servant's face when he first tried it in 1660, dooming it to unpopularity? Well, chances are the population would have simply found some other drink to enjoy, or just stuck with the huge amounts of gin they were already consuming.

Tea took off big time though - and by 1813 import duty on tea accounted for 10% of the British government’s entire revenue. Tea imports grew from practically nothing in the early 1700s to over 30 million pounds per year a century later:

However most of this tea came from China, and Britain was not happy with their trade practices, which kept strict rules on trade and foreigners. For example, all foreign traders had to go through a body of Chinese merchants to conduct any trade, while they could only live in certain places and were denied full entry to the country.

China also only accepted silver, something Britain was lacking in, since a shortage in the 1790s. The British were operating on a trade deficit and this had to come to an end. They decided to counter-trade opium against Chinese tea which proved incredibly lucrative. Between 1821 and 1836, sales of opium increased fivefold. During the 1838 trade season there could have been as much as 2553 tonnes entering the country.

As the popularity of opium shot up due to the sheer volume being sent into China, the Qing government decided to take steps against it. They completely banned trade and threatened any foreigners attempt to peddle it with death.

Further wrangles between the the Chinese and British, and indeed between British traders themselves, eventually led to a naval battle in 1839 and subsequent war.

The Chinese were defeated despite possessing larger numbers, the opium trade opened back up and China’s previously protectionist trading practices were destroyed. Chinese society then became open to Western influence, while rebellious feelings against the Qing grew and eventually led to another war that claimed the lives of 20 million people. By the end of the Second Opium War in 1860, ancient dynastic China was at an end, and the nation started on the path to modernisation, civil war and communism.

Without tea, this whole affair may never have taken place and the entire history of China could be completely rewritten.

While we’ve already seen how the tea industry isn’t a huge contributor to the UK’s economy, what about the rest of the world? Here’s how our imports (minus our own exports) stacks up against tea production around the world.

Here’s how all that comes out in US Dollars:

So, are we really the avid tea drinkers we've styled ourselves as? If you compare us to other big tea-importing nations, we were dominant well into the end of the last century. It was only in 1989 that a country overtook us for the first time:

Around this time the Georgia (still part of the USSR) tea industry suffered from poor soil and equipment. They attempted to fix this using fertilisers, which ruined the taste of the tea and turned the population off it. It’s likely the USSR would have thus increased imports to combat this, only to see them drop with the Soviet Union collapse in 1991.

Russia finally achieved a steady lead on us in 2002. It was certainly the end of an era when it comes to a love of tea, but bearing in mind Russia has 80 million more citizens than us, maybe we're not beat just yet.

Either way it’s interesting to wonder how, if Charles II hadn't had a taste for it, or if we'd lost the Opium Wars, the UK would have been different without tea. Would we have held our nerve during the Blitz all jittery on coffee? How would we have consoled upset relatives without a pot of the black stuff on the go? What would we all do at half-time during International football matches?

Food for thought. In the meantime, stick the kettle on, and read our ultimate productivity tips. We’ve compiled many of our best productivity tips for everyone from total beginners to seasoned professionals.