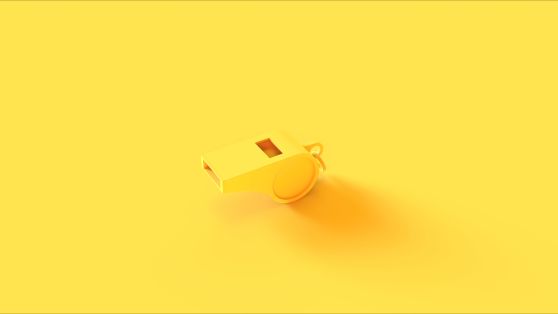 Under UK legislation called the Public Interest Disclosure Act (PIDA), Employees and Workers who ‘blow the whistle’ – i.e. make a ‘protected disclosure’ about any wrongdoing by their Employer in the workplace – can complain to an Employment Tribunal if they are:

Someone blows the whistle when they tell their Employer, a Regulator or Regulatory body, a customer, an MP, the Civil Aviation Authority, the police or the media about a dangerous or illegal activity that they’re aware of through their work.

The Act is used to inform those who need to know (called ‘Prescribed Persons’), about a Health and Safety Risk, environmental problems, fraud, corruption, deficiencies in the care of vulnerable people, cover-ups and many more types of actions. The full list of Prescribed Persons is here.

PIDA has a wide definition of who is a ‘protected worker’, and this includes most workers and employees plus contractors, homeworkers, trainees and agency workers (including those people who are introduced or supplied by third parties to do work for the employer). In May 2014 the Supreme Court decided that members of limited liability partnerships are workers and covered under this Act.

In August 2016, the Employment Appeal Tribunal found that an agency worker could be a whistleblower at the hospital where she worked in McTigue v University Hospital Bristol NHS Foundation. McTigue made a disclosure about malpractice to the Hospital, which then terminated her agency worker assignment. She claimed this was an unlawful detriment and that she qualified as a whistleblower; the EAT agreed.

In October 2019, the Supreme Court found that judges, although not defined as ‘workers’, were covered by whistleblowing legislation as it would a violation of their human rights under Article 14 of the European Convention of Human Rights (i.e. they would be denied their freedom of expression). The Supreme Court said that Article 14 applied to judges are they are ‘office holders’. This judgement could extend whistleblowing protection to other ‘office holders’ such as the clergy, company directors and board members.

The person who blows the whistle does not personally have to be affected by the dangerous practice or illegal activity at the employers The Act doesn’t require the whistleblower to prove the malpractice; they’re just the person raising the concern.

Any dismissal will automatically be seen as unfair if it’s wholly or mainly for making a ‘protected disclosure’. The Protected Disclosures Act 2014 that came into effect on July 15th 2014 provides enhanced protection for whistleblowers in the following way:

The ‘wrong-doing’ in the workplace that an employee can disclose in the public interest, must relate to either actions that have happened, is happening, or is likely to happen that are:

From October 2012 employees will be able to ‘whistleblow’ if they feel they've been subject to detriment or dismissal for making a protected disclosure if their employer fails to comply with the Pensions Auto-enrolment legislation.

On 25th June 2013 the Employment Rights Act 1996 was amended (these changes were also introduced into Northern Ireland legislation on 1st October 2017) so that a ‘disclosure’ made by an employee when they whistle-blow will only be protected if the employee reasonably believes it is made in the public interest.

This means that the legislation is therefore unlikely to apply if there have been breaches to their own contract of employment, since this is unlikely to be in the public interest (unless the issues engages wider public interest). In 2015, the Employment Appeal Tribunal considered the new public interest test for the first time in Chesterton Global Ltd v Nurmohamed.

Mr Nurmohamed bought a whistleblowing claim alleging that the estate agency where he worked were deliberately fiddling their accounts so that he and his fellow managers (about 100 staff) would receive less bonus/commission than they were entitled to. The Employment Tribunal considered what constitutes “the public” and accepted that a group of 100 people sufficed (it can mean a section of the public rather than its entirety).

In addition, disclosures no longer need to be made “in good faith” (although if it’s not made in good faith an employment tribunal can reduce compensation awarded to an employee by up to 25%).

Also, an Employer will be vicariously liable where a worker is subject to detriment (bullying or harassment) by a co-worker when they make a whistleblowing claim (the Employer will have a defence where it took all reasonable steps to prevent the detriment).

PIDA doesn’t require Employers to have a internal whistleblowers policy, although it encourages them to do so. Employers are also encouraged under the recent Bribery Act (July 2011) to have a whistle-blowing policy and Bribery Prevention policies so they don’t fall foul of the Act. PIDA also doesn’t require a Worker to raise their concerns with their Employer first before speaking to anyone else, although it does encourage this.

Importantly, if your contract of employment contains a gagging clause preventing you from blowing the whistle, this is void and not legally valid.

In 2017, in the case Beatt v Croydon Health Services NHS Trust, the Court of Appeal found that it’s not the Employer who can decide if the disclosure is protected (genuinely made in the public interest), but the Employment Tribunal.

The Small Business, Enterprise and Employment Act that was approved by Parliament in March 2015 has specific measures for the NHS to enhance protection in that sector. In April 2016, a whistleblowing policy was published that should be adopted by all NHS organisations by the 31st March 2017. This will cover employees, agency workers, temporary workers, students, volunteers and governors.

The Department for Business, Innovation and Skills updated their 'Whistleblowing Guidance for Employers and Code of Practice' in March 2015, which you can see here.

In late 2016, the Department for Business, Energy and Industrial Strategy has announced increased whistleblowing protection for those applying for jobs in the children’s social care sector (that will be included in the Children and Social Work Bill 2017).

The charity Public Concern at Work provide confidential and practical advice on how to raise a concern and minimise any risk to yourself. Their website and their telephone helpline provide this advice - 0207 404 6609. They're unable to give you advice on employment law or represent you legally. They'll ensure your details remain confidential and aren't disclosed to your Employer if you talk to them.

In October 2019, the European Union adopted the 'Whistleblower Directive'. EU member states will have two years to implement the new Directive, and must implement it at the latest by 17th December 2021. However, because of Brexit, the UK does not need to implement the Directive, but employers with operations in the EU will be affected by it. You can see more details here.

At the end of 2020, the Employment Appeal Tribunal held that the ACAS Code of Practice on Disciplinary and Grievance Procedures may apply to whistle-blowing allegations.

Mr Ikejiaku was employed by the British Institute of Technology Limited as a senior lecturer, and after several issues, he was dismissed. He claimed he had been automatically unfairly dismissed for whistle-blowing. The original Employment Tribunal agreed with him and said he had been dismissed without the British Institute following a procedure; however, the ET said that the Acas Code did not apply. Mr Ikejiaku appealed to the EAT who said that although the Acas Code on disciplinaries did not apply to whistle-blowing complaints, the grievance section of the Code applies to “concerns, problems, or complaints” raised by employees.

Employers should therefore follow their grievance procedure when dealing with concerns raised by employees which may be whistle-blowing allegations.

‍If you are an Employer and need ongoing professional help with any staff/freelance issues, talk to Lesley at The HR Kiosk  - a Human Resources Consultancy for small businesses. Our fees are low to reflect the pressures on small businesses and you can hire us for as much time as you need.

Please note that the advice given on this website and by our Advisors is guidance only and cannot be taken as an authoritative or current  interpretation of the law. It can also not be seen as specific advice for individual cases. Please also note that there are differences in legislation in Northern Ireland.