Eight clauses your freelance contract shouldn’t be without 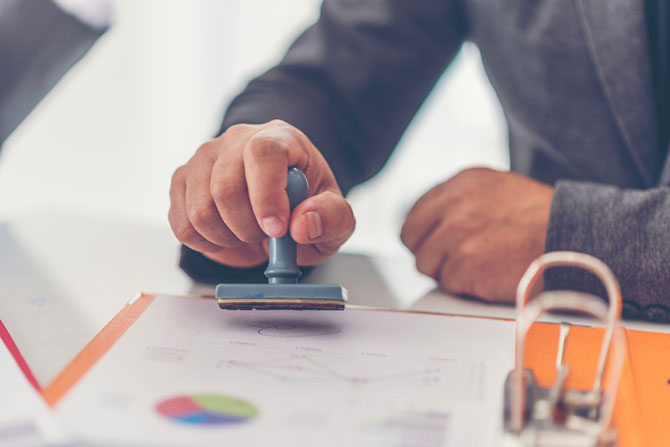 When you’re freelancing, having a contract is good, but having a watertight one is great – for you and your clients. It could mean the difference between your freelance business riding the wave of success or sinking to the depths of failure.

‍Some freelancers prefer to fly by the seat of their pants rather than use fully kitted-out contracts with their clients.

They rely on terms of reference, email exchanges, phone conversations, and meetings to define the scope of their working relationship. But this approach invites loopholes and grey areas, which can be a recipe for disaster.

To avoid a contractual calamity, here are eight must-have clauses for your freelance agreement, explained without the jargon.

As a freelancer, you want to work with and for your client, but your contract should make one thing crystal clear – you’re an independent contractor, not an employee.

As such, you can’t be held to the same requirements as an employee and, on the flip side, you’re not entitled to the same benefits. An independent contractor clause should take care of this nicely.

If your contract also states that your working relationship isn’t an exclusive one and that you’re at liberty to work for other clients simultaneously (barring a non-compete clause), even better. You’ll be able to rely on income from multiple clients, not just the one.

Your contract should state the services you will (and won’t) provide.

Let’s say you’re hired as a book writer. If your client comes back to you after you’ve written the manuscript saying that it contains a few typographical errors, for example, you can remind them of the clause in your contract which states that, whilst you make every effort to minimise typos, you’re only responsible for writing the material, not editing it.

An objective test of whether or not your services have been sufficiently specified in your contract is to ask the question, “What services would Joe Bloggs expect to receive from this contract?” If the extent of your responsibilities isn’t clear to the average Joe, then it’s not likely to be clear to anyone else.

Even though you’ve already agreed what will (and won’t) form part of your service offering, your client may still add work to the scope of the original project.Sometimes, this extra work reaches the point where you’re doing far more legwork than you initially signed-up (and are getting paid) for. This is known as “scope creep,” which is rife in the freelance community.

Your client may be trying to get one over on you, or they may be unaware that they have to pay for this additional work. Either way, a provision for scope creep should ensure that you’re paid what you’re due.

With such a clause in place, if your client wants you to complete work over and above what you originally agreed (in the above example, writing and editing a manuscript), you can legitimately charge them for your editing services so that you’re not left out-of-pocket.

For extra clarity, the clause should define what “extra work” is and detail exactly how you’ll charge for it. This way, if your client quibbles your charges later on, you can simply direct them to the scope creep clause that they signed-off on.

In freelance circles, delivering a project on time is sacrosanct.But even with the best will in the world, occasionally circumstances beyond your control, such as sickness, a family bereavement, or computer failure, will make meeting a client’s deadline nigh on impossible.

So, cut yourself some slack by inserting a clause in your contract to accommodate Murphy’s Law – the principle that, “anything that can go wrong, will go wrong”. The clause should read something like, “In the event that the freelancer expects not to meet the agreed deadline, they will inform the client at the earliest opportunity.”

While the prospect of delayed delivery may be frowned upon, it beats the sound of silence, which will only serve to antagonise a waiting client.

Intellectual property rights include legal protection, such as copyrights, trademarks, and patents.

In general, your contract should state that you own the intellectual property rights to your work until your client has made full and final payment (after which you automatically assign the rights to them by operation of law). This will prevent your client making off with your work without paying for it or using it without your permission.

Your contract should also include a clause that states that you’re not responsible for any copyright infringement claims involving any materials supplied by your client. This covers you in situations where your client lifts a copyrighted image from the web, for example, and doesn’t credit the copyright owner.

For a complete slam-dunk, you can insert a clause in your contract that allows you to cite or display the work you’ve completed for the client for promotional purposes. A well-primed portfolio can only mean more projects in the pipeline.

The freelance business can be a fickle one.

Sometimes, clients just go cold without explanation and the contract they awarded to you swiftly follows suit. A clause that defines an “inactive” project and describes your system for handling them – including how they can be restarted – will serve you well.

What’s worse than a project that’s gone cold? One that’s been terminated!

For a whole host of reasons, you or your client may want to part ways before your contract is complete.

To cater for this eventuality, you may want to consider an early termination clause, which says something like, “If the client and freelancer choose to discontinue their working relationship, only X number of hours worked or materials produced will be invoiced and paid for on a pro-rata basis and any over-payments refunded.”

This way, even if your contract is cut short, you won’t come up short financially.

Along with scope creep, few things gripe a freelancer more than late payment.

‍Cash flow is king in the freelance game; a client who can’t (or won’t) pay you on time can push your accounts from the black into the red before you know it.

Fortunately, if you’ve positioned yourself as a business, the law allows you to charge your client statutory interest on late payments, which is currently eight per cent plus the Bank of England base rate for business-to-business transactions (presently 0.5 per cent).

If you insert a clause in your contract to this effect, it may serve as a deterrent to a client who is more inclined to sit on your hard-earned fee rather than release it to you. If not, you can always call in professional debt collectors.

While you don’t need to be Rumpole of the Bailey to draw up a freelance contract, it’s good practice to have a lawyer cast their eye over it to make sure that it’ll stand up in court if a dispute arises with your client.

Clarity is the cornerstone of a successful freelance contract. These eight essential clauses protect you and your client from a potential stand-off by plugging any holes and minimising the room for misinterpretation. So, you can be sure that your freelance ship won’t sink.

If you need any more additional support, you can check out our contract sample articles.